The Consejo Regulador has reported Bodegas Hidalgo-La Gitana to the Junta for selling BIB during the High Court ban. The court had decreed that until its final ruling on the matter the sale of BIB is prohibited and the issue of precintas has been suspended. The bodega, which is president of the Association of Artisan Bodegas of Sanlúcar, professes that it was unaware of the ban, despite the court ruling being faxed by the Consejo, joint inspections by the Consejo and the Junta and the bodega having publicly voiced its displeasure at the ruling. Anyway, in Spain ignorance of the law is not an excuse for breaking it.

The National Park of Doñana, with some of Europe’s greatest biodiversity, is facing slow destruction. Despite being a UNESCO world heritage site for over 40 years, this marshland, which is partly responsible for the humidity which makes Manzanilla great, is being over exploited. The World Wildlife Fund Spain has for years been warning that the aquifer at the heart of this land has been drying up. This paradise is home to the winter migration of millions of birds and a total of some 4,000 species including the Iberian Lynx and the Imperial Eagle. 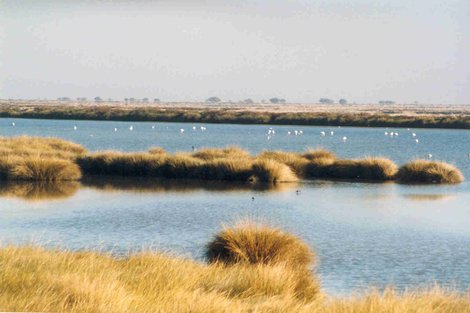 The WWF is urging the Government and the Junta, via a petition and a video, to comply with UNESCO which gave them an ultimatum to do something about the problem within a year, and that year expires tomorrow. Compliance would mean the elimination of around 1,000 illegal wells, the removal of 3,000 hectares of illegal crops, the cessation of dredging of the Guadalquivir, putting a stop to the Aznalcóllar mine and putting an end to the underground gas storage project. All these measures would support the perfectly legal rice production and fishing. 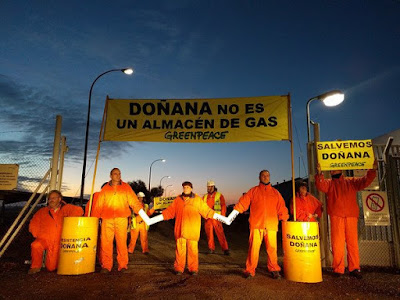 Greenpeace is also working to stop the gas project and has a “resistance camp” to paralyse work and try to persuade the Government to comply with the Paris Agreement. The gas companies Fenosa and Enagas, have reported Greenpeace to the Guardia Civil.

If you would like to help to support this important petition to stop the gas project go to: http://www.wwf.es/que_hacemos/donana/salva_donana/ and click on SUMATE A LA PETICION, and:
https://secured.greenpeace.org/espana/es/Que-puedes-hacer-tu/Ser-ciberactivista/gas-natural-donana/?utm_medium=cpc&utm_source=google&utm_campaign=Donana and fill out the form.