Plans for a railway were first conceived in 1829 due to the need to transport growing quantities of wine to the seaports by better means than oxcarts. This was the dawn of the railway era, and it would have been the first line in Spain, yet nothing came of the plans, due mainly to difficulty in raising money. It would be 1854 before a line was constructed between Jerez and El Portal on the river Guadalete, where butts of wine used to be loaded onto boats and taken to El Puerto de Santa María for onward shipment, mostly to Britain. That same year the  line was extended to El Puerto. These were the first railway lines in Andalucía.

The line was further extended to the Trocadero quayside at Puerto Real in 1856. Now one could travel from Jerez to Cádiz in little more than an hour via El Portal and El Puerto de Santa María to El Trocadero, from where a boat would whisk one across the bay to the capital. Stations were pretty primitive in those days, and the fairly crude structure which was Jerez station became a goods depot in 1870 when a better passenger station was built. The station of today was designed by the famous architect Aníbal González, who designed the Gallo Azul and the Exposición Iberoamericana in Sevilla in 1929. The station was completed in the early 1930s and is opposite the now abandoned offices of Díez Hermanos. 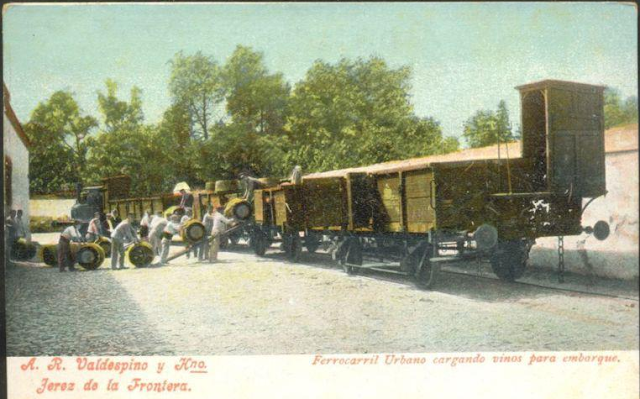 Butts of Sherry, and indeed other goods, still needed to be transported to or from the station by cart on roads in poor condition, so a plan was drawn up for an urban railway system. The council readily gave permission and work was well underway by April 1870. It is thought to be the first urban railway in Spain, and Jerezanos used to joke that people in Madrid still had to use carts. There were three locomotives which, along with their wagons needed to be on a smaller scale than normal trains to negotiate narrow streets, but they had the same gauge, allowing the wagons to be linked to the mainline train at the station. The whistle of the little train (maquinilla) could be heard for miles and clouds of smoke followed it everywhere, but it made things a great deal more efficient, even at a speed limited to 10 kph. 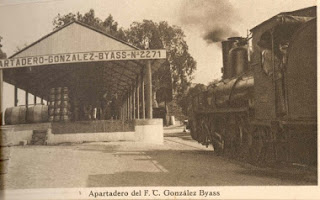 In those days there were more bodegas than now, and many proprietors of the larger ones paid for branch lines to go directly into them. Many of these were inevitably dead ends, but that was no problem; wagons could be left there, loaded at the bodega’s convenience, and collected later. Bodegas which had no branch lines had to load or unload quickly to avoid congesting the street. 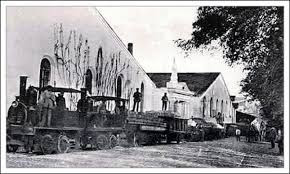 By the 1960s the maquinilla was becoming obsolete as there were better roads and more convenient road transport in the form of trucks which could go anywhere. The trenecito (as it was also known) was taken out of service and scrapped in 1969, after 99 years of service, and is now the focus of much nostalgia.