Nose
Fresh open country and seaside air pervades the wine with gently tangy tartaric, herbal and slightly saline aromas intermingling with the apple ones so typical of Palomino. There are even  faint floral and background earthy hint as well, making it very natural smelling and attractive.

Palate
Crisp, clean and almost crunchy apples and a lively acidity give the wine real zip, yet there is a fuller side to it too with some body and the two sides will probably merge with a little bottle age. Naturally it has the classic albariza characteristics of  dry chalky texture and a slight salinity, and overall it has real character.
Comments
This is another in the Viña Callejuela range of three single vineyard table wines, and is the only one whose grapes come from Sanlúcar itself, from the Hacienda de Doña Francisca vineyard in the pago Callejuela. The vineyard extends to 16 hectares at an altitude of 62 metres and the Guadalquivir estuary can be seen in the distance and you can feel the sea breezes which make Sanlúcar special. The wine is, lie its siblings, 100% Palomino, fermented in ex Manzanilla butts and left on lees and under flor till the following spring when it is lightly filtered and bottled at the bodega.

Appearance
Yellow gold with a slight brassy tinge, bright and clean.
Nose
Quite complex, lean and saline with faint notes of beach, iodine quayside ropes followed by lots of dank flor. It starts quite muscular then develops more elegance and a little more weight as it opens out and begins to fill the palate. There is a slight nutty butteriness and a very gentle oxidative note.
Palate
Fairly full, a shade fuller than the Callejuela, with beautifully judged acidity making it lively but friendly and just right to get the flavour across. And there´s plenty of that with slight hints of brine and oxidation which give it a serious quality, good texture and terrific length.
Comments
After the great success of the 2012 vintage Manzanilla, the idea, promulgated by Ramiro Ibáñez, has become a welcome fixture at Viña Callejuela. In that year they left 11 butts in sobretablas (fortified but ageing statically) with the idea of bottling one butt per year, starting in 2015, to let aficionados witness how the same wine develops over time from Manzanilla fina through to Amontillado. This wine however, is from a single vintage (2015) so different every year, and a single pago, one of the three  in which they own vineyard: Macharnudo, Callejuela and this Añina. Production was around 900 x 50 cl bottles.
Price
26.80 per 50cl, De Albariza 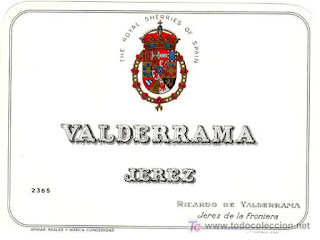 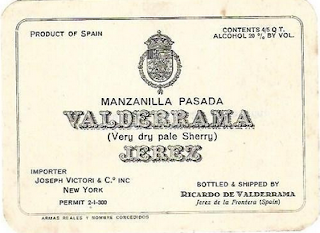 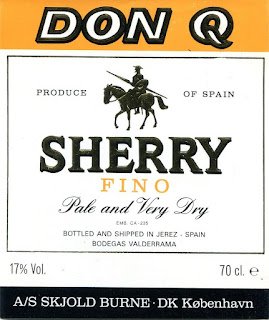 One of Sherry´s unique characteristics is that it is aged in two distinct ways, biologically and oxidatively, and the resulting styles, while quite different, are equally delicious. The fundamental difference is oxygen, the abundanceof it or lack ot it.

The driver of biological ageing is flor yeast. It begins to cover the surface of the wine soon after the end of fermentation, trying to adapt to a new situation which now contains alcohol and with little or no sugar remaining. The amazing thing is that local strains have evolved a means of survival in this new hostile environment by modifying their diet. In place of consuming sugars from the must they turn their attention to metabolising volatile acidity, glycerine and alcohol, breathing vast quantities of oxygen as they do so. This creates a strongly reductive atmosphere in the butts making oxidation impossible so long as the wine contains no more than 16° of alcohol which would kill the yeast.

Biological ageing produces many changes in the wine over time. The volatile acidity level falls by about a quarter over a maturation peroid of say five years while total acidity also falls, if less dramatically. The glycerine content plummets to almost zero while dry extract is halved. The alcohol leve is gradually reduced since it is now the yeast´s main source of carbon, and Finos and Manzanillas need to be checked for strength. The most inpressive change however is acetaldehyde which rockets from around 50 mg/l to over 400, far more than in almost any other wine. This aldehyde is responsible for the bitter almondy carácter in the wine. Reading this back you can see the formation of a biologically aged wine: it is losing sugar, glycerine, extract and acidity and gaining in bitter yeastiness.

In contrast to the reductive conditions of the biologically aged wines, Olorosos develop in aerobic conditions. With no yeast to metabolise it, glycerine produced during fermentation remains in the wine, and indeed grows by concentrarionn, giving body and a slight impresision of sweetness or roundness. In the ocasional extreme example the wine is known as “Pata de Gallina” (hen´s foot) from the symbol used to mark the butt. Total acidity is much the same in Finos and Olorosos, but the glycerine obscures it somewhat in the latter. Exposure to oxygen causes the wine´s colour to darken and raises the level of volatile acidity while that of acetaldehyde falls. While biological wines are best stored in cooler more humid conditions closer to the ground, Olorosos can be - and are - stored higher up, and sometimes above the biological ones.

Another key difference is the alcohol level. In order to promote flor growth, biological wines are fortified to 15-16°, while in order to prevent it Oloroso are fortified to 18-19°, and as they age evaporation concentrates their alcohol content. In Jerez the humidity is much less than 75% which means it is water which evaporates. (In Scotland the humidity is much higher so it is Whisky which evaporates but either way you´re losing product). It puts the yeast activity into sharp focus when, despite concentration caused by evaporation, the alcohol level drops. Another thing which increases is dry extract, the notional powder remaining if the wine were centrifuged dry, a sign of concentration.

Founded as Benítez Hermanos 1900, this firm´s bodegas were located at Calle Cordobeses, 3 in Jerez. Years later these bodegas would be bought by Fernando Carrasco and later by Enrique Rivero for his Bodegas Tradición. Its founder, Bartolomé Benítez Vargas-Machucha, was born in 1864 into a well to do Jerez family. He married Margarita Lagos and they lived in Calle Cerrón, where the post office building now stands, and oddly he became director of the telephone exchange till it was automated. He died in 1932.

Bartolomé´s son, José Ramón Benítez Lagos (1897-1957) was an expert broker in wines and spirits with premises in Chipiona and Los Palacios where he produced syrups and caramel for various products connected with the bodega. In 1968 the firm changed its name to BM Lagos (Benítez Mateos Lagos) and moved to new premises on the Jerez-Sanlúcar road opposite what were then the bodegas of Bobadilla and which are currently used as a depot for carriages by a businessman with a love of horses.

José Ramón had seven children, some of whom would continue in the family business and particularly Manuel Benítez Mateos (1937-1978) who was tragically killed in a railway accident which would ultimately lead to the end of the bodega. In 1985 the family sold part of it to José Medina & Cia. and part to the German group Gedelfin at a time when Germany appeared to be a growth market. This turned out to be a false hope however, and Medina bought the Gedelfin holding which would be absorbed into Williams & Humbert which the Medina brothers bought in 1995. The wines are now very different unfortunately, and are simply sold as own-label Sherries for Lidl Supermarkets, albeit of reasonable quality.