Grupo Estévez is re-launching the Marqués del Real Tesoro Range with very smart new slightly tapered bottles which more resemble wine bottles, and new labels which give the wines a more contemporary and more upmarket look. There have been one or two other changes too. The Amontillado del Príncipe and the Oloroso Almirante, have always been over 15 years old, but now bear the official Consejo Regulador seal of approval. These wines are of exceptional quality. Another change is that two brand names from the past have been revived: La Capitana for the Cream Sherry and Eminencia for the Pedro Ximénez, both of which are around 10 years old. There is no change to the Fino Tio Mateo. 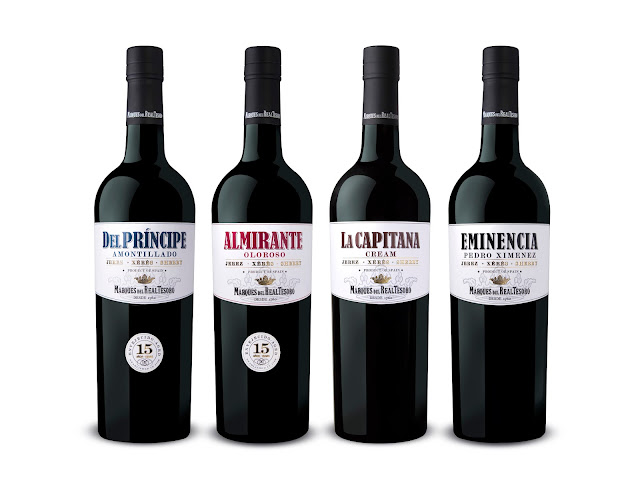 The title Marqués del Real Tesoro was awarded to Don Joaquín Villena, a lieutenant general of the Spanish Navy, by King Carlos III in 1760 in gratitude for defending his ship from pirates by melting down his own silver to make ammunition and protecting the King’s treasure. In 1897 his grandson established the bodega which has belonged to Grupo Estévez since 1989.
Posted by Paula MacLean at 15:15