Diego de Ágreda, Viscount of Casa Tejada, was born in 1719 and made a great deal of money as a merchant in Mexico. His son Diego de Ágreda y Martínez de Tejada y Cabezón (b 1755) was ennobled in 1811 as I Conde de Casa Ágreda and the title, and great wealth, passed down the family.

José Antonio Ágreda Ximénez Chantre was born in Cádiz in 1790, the son of Diego’s brother Simón, and in 1813 he married Francisca Dominé Mena. He also made money in Mexico before returning to set up in business in Sevilla from about 1829, moving to Jerez around 1864. Among his many business interests was a bodega in Plaza Atarazanas (now San Andrés) and at that time he was exporting between 1,500 and 2,000 butts of mature wine. The Ágreda family were keen promoters and investors in various good projects like the Gauadalquivir Navigation Company; bringing a water supply from the El Tempul spring to the city in 1869 and in the urban railway which was finally inaugurated in 1872. José Antonio was also a founding shareholder in the Bank of Jerez and dabbled in politics. 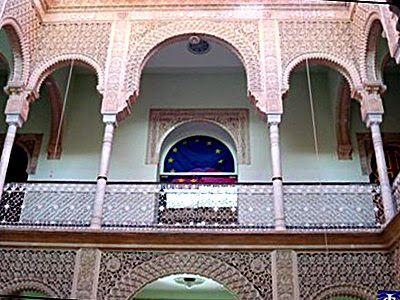 The Ágreda house was on the corner of Plaza Atarazanas (now San Andrés) and Calle Collantes (now C/Compañía de María, renamed after the nuns who bought the house in 1889) and was a magnificent XVIII century building in Arabic style with a classic Moorish patio, fine gardens and adjacent coach house. It was bought in 1859 from the Gordon family who had lived there since 1820. Opposite was a large eight aisle bodega which housed between 8,000 and 9,000 butts, some of which contained very old wine from the 1770s. It was famous for its beautiful gardens but they owned yet another bodega in the Calle Antona de Dios.

The firm owned the Las Cañas vineyard in the pago Balbaina (now Sánchez Ayala) and their Fino came from there, along with very fine Amontillado. Henry Vizetelly describes tasting unfortified Fino "of great delicacy" at Las Cañas. The casa de viña, which had its own little oratory, was a two storey affair and the owners used the upper apartments as a summer residence while the ground floor was the bodega, used for pressing and fermenting, although latterly fermentation was conducted in Jerez. Ágreda was one of many firms which went out of business after the arrival of Phylloxera and had disappeared by the turn of the century.