13.7.17 How about a Siesta in a Bodega? Manzanilla Served at Buckingham Palace

Bodega Viña Constancia (Hrederos N Martín) is offering visitors all sorts of activities including dinner among the vines, wine and flamenco and yoga in the vineyard, but a siesta in the bodega sounds great. The idea is to visit the vineyard and the bodega, taste some wines and then relax on a deckchair surrounded by butts of Fino Sherry while taking in all those wonderful aromas of a bodega and enjoying a Sherry cocktail. They will even collect you in Jerez. What better way to escape the heat of July and August than lounging in a bodega?  To book and for further details go to: https://www.bodegaslaconstancia.es/experiencias/ 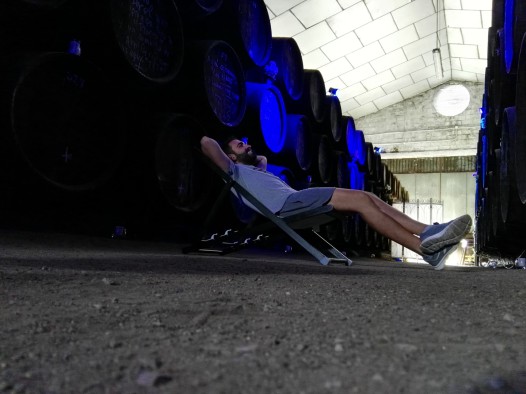 King Felipe VI and Queen Letizia of Spain are currently in London on a state visit. Yesterday, at a private lunch held in their honour at Buckingham Palace they were served  Manzanilla Laureate's Choice, made by Delgado Zuleta. The tradition of the Poet Laureate's butt of Sherry goes back some 400 years and was revived in 1984 by the Sherry producers to mark 600 years of trade with England. The Manzanilla was chosen by the current Poet Laureate, Dame Carol Anne Duffy. With dessert another Sherry was served, PX Triana from Hidalgo la Gitana.