9.5.19 The Marco de Jerez is the Most Visited Wine Region in Spain - Again

For the third year running the Marco de Jerez has attracted the most wine tourism in Spain with visitor numbers of 582,351 in 2018, well beyond the nearest rival, Penedés. The 2018 figures from the Association of Spanish Wine Towns (ACEVIN) shows a 1.41% increase on 2017 and only four towns of the 26 in ACEVIN had a figure of over 100,000. The figures show that Spanish visitors account for some 40% more than foreigners, and that the economic benefit of wine tourism has grown by a healthy 20.5%. The bodegas of the Marco de Jerez saw an income of over 16 million euros, over 6.8 million in entry tickets and 9 million in sales. 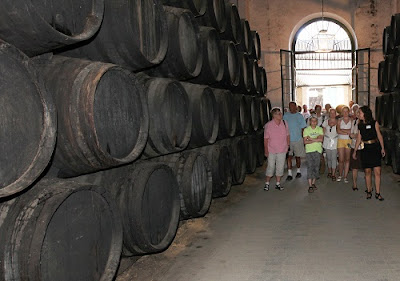 Email ThisBlogThis!Share to TwitterShare to FacebookShare to Pinterest
Labels: Paula's Sherry Blog, Sherry, The Marco de Jerez is the Most Visited Wine Region in Spain - Again