Little is known about the Paul family except that they are likely to have originated in Vizcaya or Navarra in Northern Spain and they established a bodega in Jerez in around 1820. They became very successful exporters and almacenistas, supplying the like of González & Dubosq (as GB was known then). The Dastis family in Jerez are descended from Laurent Dastis y Perenge, born in 1761 in the village of Thèze in Béarn, southwest France, who became one of quite a few French traders in Jerez at the time. In fact Calle Francos was named after its French residents. In 1794 he is documented as having bodegas in the Plaza Mendoza area, near Calle Francos. 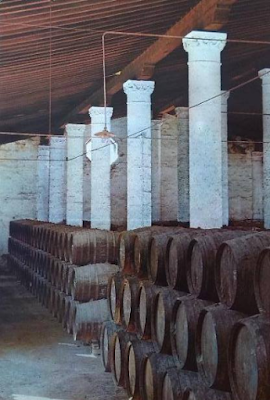 In 1793 Laurent had married Francisca Sologuren y Christophani from El Puerto de Santa María and they had four sons, at least some of whom continued with the business. Around 1843 his grandsons, Germán and Francisco Dastis, formed a partnership with José Paul y Parquín naming it Paul & Dastis. They even had an office in London. 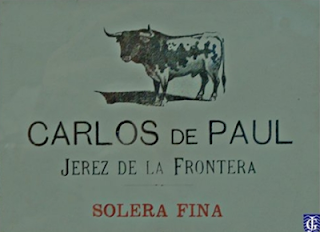 As is common (and very frustrating) with the early history of Sherry firms, there were many family members selling wine on their own account, so we come across across Dastis Hermanos, Luis Dastis, Isidoro Dastis, Francisco Dastis and Camacho Dastis, Francisco de Paul, Viuda e Hijos de Francisco de Paul, José de Paul and Carlos de Paul not to mention Paul & Dastis itself. There was also a related company named Dastis & Soles. Nevertheless, Paul & Dastis thrived, becoming an important firm with considerable vineyard holdings, numerous bodegas and a great deal of money. During the mid XIX century it was ably run by Manuel Francisco de Paul and his sister Servanda de Paul y Picardo (1837-1881). 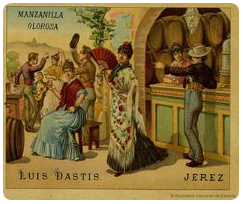 The bodega complex was located in a whole block on the corner of Calle Paul – the land for the street was gifted to the city in 1840 by José de Paul and once had a railway line –Calle Sevilla and Calle Santo Domingo, opposite what is now the Consejo Regulador building. In April 1857 Servanda married Agustín Blázquez (1826-1886) who had arrived in Cádiz from his native Antequera (Málaga) in the early 1850s. He was a successful merchant and was soon involved with the mercantile and social affairs of the area. He and his family lived in an enormous and luxurious house in Cádiz. He established another bodega in Calle Paul almost certainly using Paul family stocks and expanded into the Calle Sevilla while renaming the firm Agustín Blázquez. Servanda died of a fever in 1881 aged only 44. 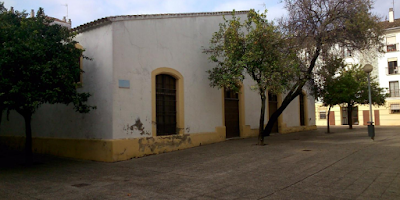 In 1971 the Paul family sold their remaining XVIII century soleras, which had been stored for a long time at the Alcázar, to Don Faustino González Aparicio. He used them to found Bodegas Faustino González, who released their first VORS Oloroso in 2017 from one of these soleras. A descendent of the Dastis family, Alfonso Dastis, was the Spanish foreign minister until recently. Blázquez was bought by Domecq in 1973 and the Calle Sevilla buodegas were eventually sold off to a construction firm which demolished them and built blocks of flats. The only remnant is an old bodega in the Callejón de Bolos surrounded by the flats which has been preserved as a municipal culture and exhibition space, but which is currently closed.
Posted by Paula MacLean at 18:55