Up till now European legislation (CE 110/2008) has only permitted age statements on labels of Brandy de Jerez to be expressed as the age of the youngest component of a blend, as with whisky, but this does not take into account the solera system and the notion of average age. As it progresses through the scales of a solera the youngest component forms an ever decreasing proportion of the final product, down to some 2%-5% approximately.

The Consejo Regulador is taking advantage of an opportunity to have the current regulations modified to incorporate the traditional system of criaderas and soleras, and the proposal for such a derogation has already been approved by the EU council of ministers, always providing that the brandy is subject to controls which guarantee its average age. A “delegated act” would be required to activate this which involves the Commission consulting with experts from each member state, but things look hopeful. 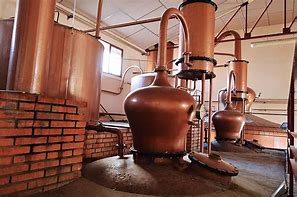 Definitions of the criaderas and soleras system and of the method of calculating average age will be contained in a new Annex IV which will substitute the provisions of Annex II in CE 110 and once approved by the EU parliament will hopefully be published in the Official Journal of the EU in the first quarter of 2019. It has been a difficult task to get this far as there has been opposition to it mainly from the Scotch Whisky Association which is a little unfair as it implements very different - static - ageing procedures. Whisky and brandy are very different products from very different places with very different traditions, however. The solera system is not a blending system but rather a dynamic system for ageing blends. Currently Brandy de Jerez has three categories: Solera (min. 6 months wood ageing), Solera Reserva (min. 1 year) and Solera Gran Reserva (min. 3 years), but most, particularly the latter, are much older yet have not been able to state this on the label.