Last Monday the High Court of Andalucía declared its ruling on the prohibition of BIB effective since the period allowed for the submission of any appeals had expired. It turns out however that this was a mistake as the court had miscalculated the number of working days and instead of expiring on the 21st January it actually expires today at 3 o´clock. This still allows time for the defendants to present their appeal for a judicial review, and if it has merit the court will send the case up to the Supreme Court. The defendants are the Junta´s agriculture department, the Association of Artisan Bodegas of Sanlúcar and three of its members: Yuste, Sánchez Ayala and Argüeso, Hidalgo La Gitana having decided not to take the matter further. 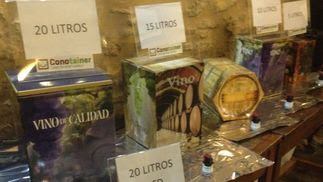