Independent growers are seeking refuge in the cooperatives as they find it increasingly hard to make a profit. The co-op Virgen de las Angustias (Covijerez) now has a waiting list of growers who have been selling their grapes directly to the bodegas but are now seeking to join the coop because of the desperate situation caused by the bodegas’ resistance to paying more for the grapes.

Last year Covijerez incorporated growers with 50 hectares of vineyard, and according to the co-op president Salvador Espinosa this year they are expecting growers with another 150 – 200 hectares owned by four or five growers who can no longer manage alone with the costs of cultivating a vineyard, especially in a year when more treatments are needed to keep the grapes healthy. The coop cannot take any more growers as it is almost at capacity.

The association of independent growers Asevi-Asaja has long been complaining about the complicated situation which growers are suffering because of low grape prices in one of the few areas where they are still paid by weight rather than quality leaving growers to abandon the vineyard or join a cooperative as their only possible alternatives. 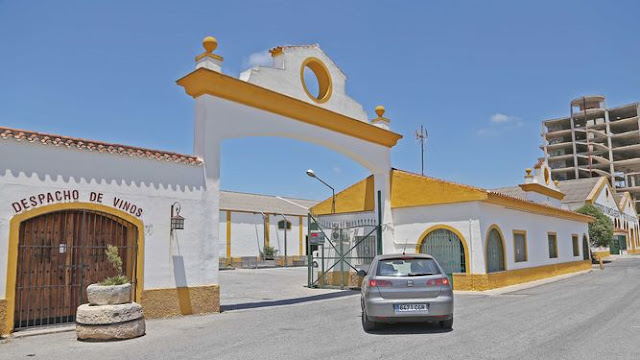 “More and more growers are joining the cooperatives which can defend themselves better than individuals” says Asevi president Francisco Guerrero, pointing out the advantage of transforming the grapes into must instead of delivering grapes directly due to their perishability, and offers co-op members more room for manoeuvre when negotiating prices. Currenly the price is a ridiculous 0.35€ per kilo where in Champagne it is 6€ per kilo, and there, unlike Jerez, they have a quality scale according to vineyard classification.

The independent grower makes a contract with the bodega before the harvest in case of losing the crop and is handicapped by the severe sanctions imposed by the Competition Commission some years ago on the practice, then widespread, of fixing the price of grapes and must.

The Consejo Regulador has declared itself on repeated occasions to be in favour of the now longstanding claim of the growers to determine the grape price in terms of quality and not the weight so that standards could be established in function of sugar content, ripeness, acidity etc. But with few exceptions, the bodegas are not in favour of paying extra for the quality offered by a particular pago or parcel, and are thus running against the current trend highlighting the importance of the soil, which some say is just hot air saying that the wine is made in the bodega and the origin of the raw material is of no importance.

Some oenologists openly admit that these wines “in white lab coats” along with other practices which have done so much damage to the trade have not been produced for some time and many well –known Sherry winemakers are saying that the vineyard and the bodega are equally important in the singularity of these wines.

When playing to the gallery, all the bodegueros of the area sing the praises of the wonderful quality of their wines, but behind closed doors the quality seems to matter little when they argue that the wine is born in the bodega and that the origin of the grapes doesn’t matter too much as they stick to the custom of quantity over quality.

The paradox, according to Guerrero, is that the few bodegas which buy grapes continue to insist on quality despite being unwilling to pay for it. And then there are the firms with interests in the BOB market, the own brands which can be found on the supermarket shelves sometimes for less than two euros. These represent the worst of the legacy of the times when the area backed volume sales at the expense of the price and prestige which is costing so much to restore.

Salvador Espinosa says that the bodegas must take note that the vineyards have to be profitable, “not so that the growers can grow rich, but so that they can offer quality and afford the necessary investment in their vineyards”. In his judgement the problem is that “we have to arrive at a price for the wine on the shelf with the price of the grapes already built in”, something which simply doesn’t happen in the area where the grower looks for volume as the lesser evil to make the most of the harvest and keep going.

Paradoxically, the wines from the historic pagos of Jerez where the soil is the philosopher’s stone, are contributing decisively to the recuperation of prestige and the increase in the price of Sherry. Flying the flag for this new movement are the young winemakers and a few small and large bodegas, and the possibility of changes to the regulations to accommodate these practices which bring value and prestige to the DO is at last being debated.