Appearance
Fairly viscous, not red so much as deep blacky walnut brown fading to amber at the rim.
Nose

On the nose it is more red than the colour, with oxidative notes slightly resembling those of tawny Port. There are other interesting notes like gentle salinity, something slightly herbal, and faint traces of bitterness, hints of honey, and faint notes of old oak barrels.
Palate

Full bodied but thankfully less strong than the tawny Port, the sweetness is balanced by decent acidity and some tannin but it has a lovely grape pulp texture and the trademark honeyed sweetness which doesn't cloy. There is a slight rustic character which only adds to its charm and it has considerable length. Delicious.
Comments

El Gato is a family bodega and the only one still producing this legendary wine in the seaside town of Rota, and if it weren't for the fact that it is the only Rota producer it would be shameful that the only DO it can (and does) aspire to is Vino de la Tierra de Cádiz, and it is the only fortified wine therein. Its history goes back centuries and it was widely exported in the XVI and XVII centuries. Most of the Rota vineyards disappeared in the 1950s when Spain and the US set up a joint military base. The wine is made from a blend of sun dried Tintilla, arrope, which is made by boiling down Tintilla must to a form of syrup, and fortifying spirit. The blend is then aged in old butts to produce two wines, this Joven and the older Noble Reserva. Tintilla de Rota is unique and should be sought after!
Price
14,90 Burcamar, Sanlúcar 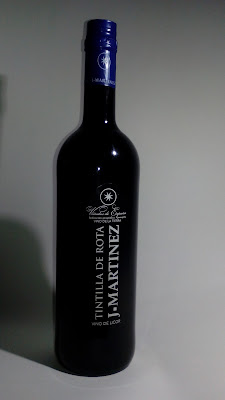