Eduardo Bohorques Carrasco was born in Ubrique (Cádiz) on 29th March 1863. He established himself in Jerez with vineyards and a bodega at Calle San Juan in 1885 and married Carmen La Cave from Sanlúcar. Before long he was exporting Sherry as far as the Americas, the Far East, Japan, India and Australia.

His wines had a good reputation, but his most famous and commercially successful product was Quina. His Quina Formiatado, was made from a base of his wines plus a formula of botanicals devised by a leading Doctor, one Dr. Luque. In those days it was usual – and certainly commercially expedient - to have the endorsement of a doctor. The quina was also recommended by leading doctor Francisco M de Terán in 1908 and others in “British” India, not to mention the Church. 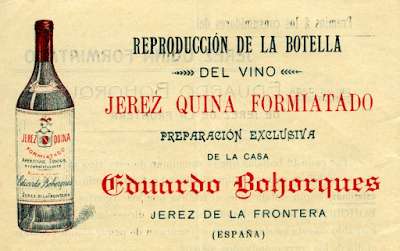 It won the Gran Diploma de Honor (the top award) at the Great Exhibition at Buenos Aires in 1911. Eduardo also produced Quina Bohorques and Quina Hércules. The following year he was awarded a Warrant to supply the Spanish Royal Family, and in 1913 the magazine Nuevo Mundo printed a feature about him calling him the “King of Aperitifs”. Some of the labels were designed by the well-known Jerez artist Teodoro Miciano. 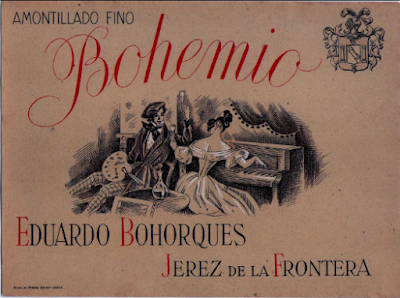 In the same year he exported - without charge - a large quantity of Quina to give a boost to the Spanish troops fighting in the Rif War in Morocco, a fact which he made sure was well advertised. Like many successful bodegueros, Eduardo was involved with other lines of business: he was the Spanish agent for the American Aeromotor company which produced tall windmills for pumping up water and various other applications, and installed one at one of his Fincas, La Serrana. This too was well advertised and attracted the interest of both the Minister of Agriculture and King Alfonso XIII. He was even the consul for Paraguay. 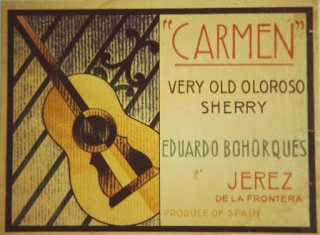 At about this time Eduardo and Carmen lived in Calle Caballeros and the firm moved to smaller bodegas at nos. 9-11 Calle Cazón. These would later be used by Ruiz de Villegas from 1946 and later Gran Mariscal. He died in around 1915 leaving the running of the business to his wife who carried on till the 1920s when she ceased to be an exporter and came to an arrangement with Sánchez Romate who, having presumably bought her out bottled and sold the wines under the Eduardo Bohorques brand for a while as a sous-marque. 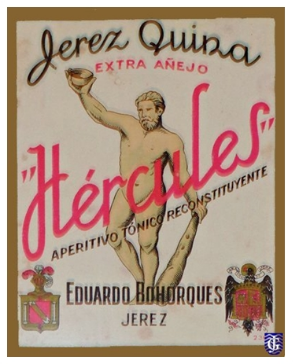