Appearance
Mid depth brassy gold with golden highlights.
Nose
Quite full with pronounced notes of ripe apple and pear skin, it is fairly yeasty but only traces of flor and slight traces of salinity and oxidation, hints of straw and sourdough, along with candied lemon peel, hints, not a million miles from a Fino, yet not, a serious wine though, and different.
Palate

Again, quite full, approaching intense, strawy with a chalky albariza texture and a touch of salinity and a decent acidity. This interesting, complex and fairly unique wine lies somewhere between the Jura and Sherry. It is multifaceted; fresh and zippy, and Sherry-like at the same time, packed with flavour, and it has terrific length.
Comments

Another excellent and interesting wine from this go-ahead young bodega. La Fleur is 100% Palomino grown organically in the finca Forlong in the pago Balbaina Baja. The vineyard, which is close to El Puerto de Santa Maria, once belonged to the XIX century shippers Matthiesen Furlong. After fermentation the wine is allowed to age in a butt for two years under flor before being hand bottled en rama. I was a little surprised at the slight oxidative notes after 2 years under flor, but they do add complexity. Unfortunately, the production is tiny with just 600 bottles. It would be worth keeping for 2-3 years as well. Seek it out!
Price
30 euros per 50cl, Guerrita 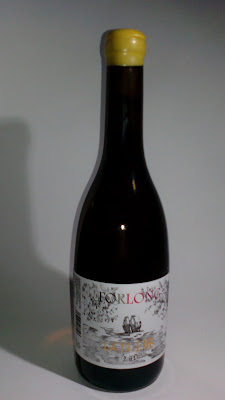