The Classic Pagos of the Marco de Jerez: Balbaina

Sometimes spelled “Barbaina” this important pago is situated between Jerez and El Puerto de Santa María. The origin of the name is not known for sure, but some believe it has something to do with its ownership by the Balbo family in Roman times. The family of the important 1st century Roman writer on agriculture Columela had an estate here and his works “De Re Rústica” and “De Arboribus”, which include tracts on viticulture, survive. 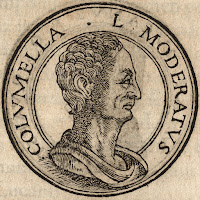 This large pago, which lies southwest of Jerez bordering those of Añina, Marihernández and San Julián to the north, can be seen shortly after leaving Jerez on the road to Sanlúcar. It divides into two parts: Balbaina Alta, the larger area closer to and in the municipality of Jerez and Balbaina Baja, closer to and in the municipality of El Puerto. Despite its great size of 1,825 hectares, not even half the total area is planted with vines, in fact many have been replaced by unsightly wind turbines and solar panels since some of the vineyards were grubbed up to equalise supply and demand.

Lying some 6km from the coast, towards which it is oriented, the pago – especially the Baja area benefits greatly from the Poniente wind. Soils in Balbaina are generally quite heterogeneous with plenty of albariza with lustrillos and bujeos while elevation is moderate between some 50-60 metres in the Baja and reaching a maximum of 92 metres in the Alta. These conditions are very suitable for the production of Fino or indeed Manzanilla – Hidalgo La Gitana own vineyard here – and by extension, Amontillado, and many fine examples have their origin here such as Fino Pando, Amontillado Jalifa and Fino M Ant. De la Riva. 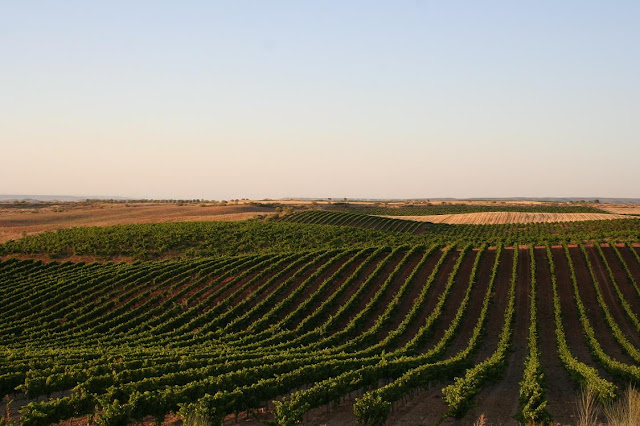 During the XVII century many cargadores a Indias owned vineyard here but as trade grew with Britain in the following century many vineyards were bought by bodegueros in El Puerto from where huge quantities of wine were exported. Famous bodegas which owned vineyard here include: Cuvillo, Matthiesen Furlong (now Forlong), Hijos de Jiménez Varela, Osborne, Campbell & Co and the Jerezanos José de Soto (Viña La Esperanza) and Agustín Blázquez.

The city council of El Puerto de Santa María offers a walking route round some of the historic casas de viña of the Balbaina which can be found at: www.turismoelpuerto.com
Posted by Paula MacLean at 13:00