José de la Puente y Viaña was a well known and well liked person of some wealth who owned substantial vineyard holdings in the pago Balbaina. In 1798 he established a bodega in Jerez which went on to be very successful. He died in 1815 leaving his business to his sons. They ran the firm till 1854 when it passed into the hands of José Romero P Gil who maintained the firm´s solid reputation.

Don José died in 1884 leaving the firm, which now also owned vineyards in the pago Macharnudo, to his son José Romero, a well educated and intelligent man. By 1900 he was exporting successfully to the Americas and expanding sales in Spain itself, selling Sherries of the highest quality from soleras of over 100 years of age. Some of his brands were: Jerez Fino SSS, Pedro Ximénez 1860, Fino Balbaina, Oloroso Fino Superior and Tres Cortados.

The bodegas resided in Calle San Juan de Dios, 13 in the city centre. In 1964 the firm was taken over by Jaime Fernández Diestro and remained at this address, but within a decade the firm was taken over by Rumasa and became another which eventually disappeared into the melting pot of Bodegas Internacionales. Here it was more about quantity and there was little respect for a brand´s or bodega´s heritage or reputation. For a while Varela´s Fino Jardín became a Diestro Brand yet still retaining the Varela logo on the label before, like most other brands, it disappeared altogether. 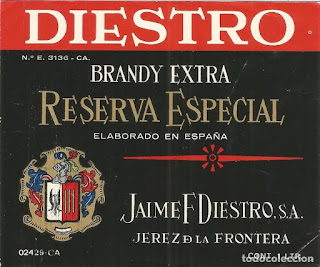