It is only a rise of 0.7% but after a decade of serious decline it offers a ray of hope. Back in 2009 increasing taxation led many large selling brands of Solera Brandy, such as Veterano, Centenario, Decano, 501, 103, Felipe II and Soberano to leave the DO Brandy de Jerez becoming “Bebidas Espirituosas” which could be sold more cheaply at lower strengths and often no longer containingonly pure grape spirit. This of course led to a huge drop (28.7%) in the sales statistics of Brandy de Jerez. 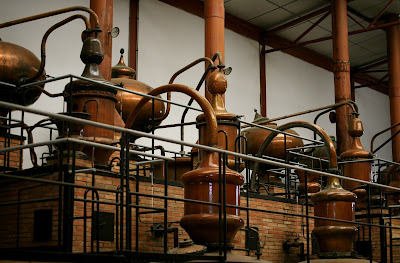 Then there was the financial crisis. Sales have declined 75% in the last 12 years and are currently running at 9.2 million litres of which 3.2 million are domestic sales and the rest export, however while Spain saw a rise of 7.3%, exports fell by 3.5%, largely in the Solera category which fell by 12% to 3.9 million litres. Solera Reserva and Solera Gran Reserva are holding firm with sales of 3.8 million litres and 1.5 million respectively. A far cry from total sales of 45 million litres before the Solera brandies left the DO.

There has been much innovation in Brandy de Jerez with the superb single cask brandies of Fernando de Castilla and cask finished versions of Lepanto and Carlos I for example, not to mention the launching of new brands like Valdespino´s Maximum. And there has been much investment, mainly from Filipino entrepreneurs like Andrew Tan and Lucio Co. The brandy is still profitable but needs to get back in fashion. Let us hope this modest rise in sales heralds a well deserved revival, and while the brandy sector as a whole has been depressed for a while, things seem to be looking up.
Posted by Paula MacLean at 14:12