Intense and unique. Fascinating. The deep colour suggests oxidation or even sweetness but there is none; instead there are surprisingly fresh aromas of super ripe dried fruit like apricot, quince, apple and a trace of orange and their skins and a hint of quince preserve. It smells of a noble old wine with many years of bottle age not totally unlike a Sauternes, strangely, yet there are noticeable hints of salinity and hints of toast with apple jam. And some say Palomino is boring!
Palate

Full and dry with lots of character and texture which is a combination of the chalky feel one gets from albariza and the faintly tannic texture of the grapeskins, thanks to them having been macerated rather than being discarded. Mature fruit and acidity are perfectly balanced and there is even a faint background note of ginger. It has a very natural feel, as if nature has been allowed to just get on with a job she does so beautifully, but it takes skill and faith to keep an eye on how things turn out. A seriously interesting wine with real class and absolutely delicious.
Comments

Only 700 bottles of this amazing wine were made by an architect who fell in love with wine, and a Champagne producer. It is 100% old vine Palomino (over 60 years old) from the 1.7 hectare La Platera vineyard located in the Pago Miraflores and biodynamically cultivated. The must is fermented in ex Manzanilla butts on the skins like red wines, which is unusual for white, but it gives much greater intensity of flavour and texture. (Red wines have to ferment on the skins to extract colour, but white wines, obviously, do not). Temperature control is minimal with only a couple of air-conditioning units in the bodega. The absolute minimum sulphur is added and the wine is neither fined nor filtered before bottling and simply spends 18 months or so in bottle before release. While it  is as natural as possible it is not called "natural" because some don't understand the concept, and, being unfiltered, the bottle contains some fine lees, both of which put people off, but it shouldn't as they are perfectly harmless and simply add to the flavour. If need be one can decant through a cloth, but it's not worth the hassle. It is not a cheap bottle of wine and far from conventional but it is a very rewarding experience.
Price
37,50, Licores Corredera 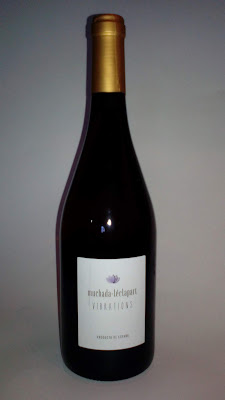