The Oldest Bodega in the West

At a Fiestas de la Vendimia event at the Consejo Regulador last week, professor of prehistory at Cádiz University Diego Ruiz Mata discussed his discovery of an ancient bodega at Doña Blanca. The ruins of this walled Phoenician town lie a little east of El Puerto de Santa María, in the Sierra de San Cristóbal. It dates back to the third millennium BC, during the Bronze Age, and in those days dominated the Guadalete estuary, a perfect site for defence, fishing and trade. The estuary began to silt up however and after the Roman victory in the Punic Wars the town, now lying a bit over a mile from the river, was only inhabited again sporadically till the Middle Ages and eventually abandoned. 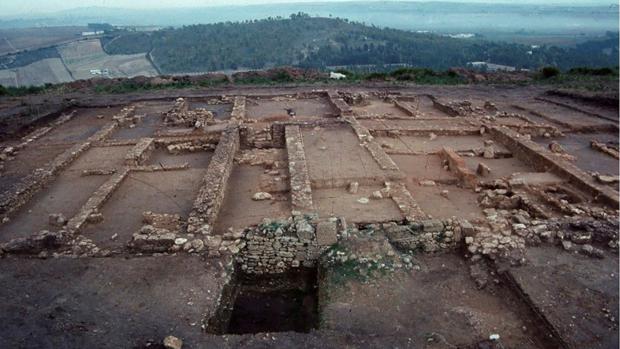 In 1991 Ruiz Mata and his team excavated a 2,000 metre area just below the top of the hill and discovered the remains of a winemaking site dating from the fourth century BC, the only one of this age to be discovered preserved in its entirety, and the oldest in the West. There are two troughs for treading the grapes, another to receive the juice, a storage area for amphorae of wine, ovens for making sweet wine and three temples which have caused a bit of a sensation in the scientific world as they reveal a religious connection to wine. 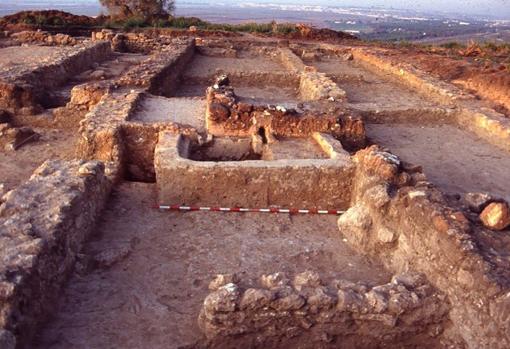 From its beginnings, wine was highly valued for its flavour and its psychotropic properties which quickly found religious uses as its effects were thought to bring people closer to a divinity and these “libations” soon took over from psychotropic herbs. It naturally had other social and commercial uses, but was always a very exclusive drink as the technology did not then exist to produce large quantities, so it was rare and extremely expensive, being used only at special events. One of the temples has a pit for offerings from which numerous broken cups and amphorae have been recovered, thrown there during ritual feasts. Sacred stones were also discovered which refer to the presence of a divinity. 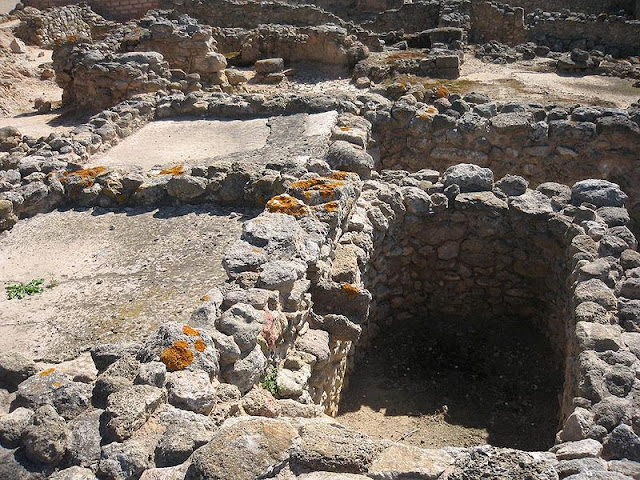 After examining the site in minute detail, the archaeologists had the site re-buried as without proper protection it would end up being destroyed since, as Ruiz Mata says; it is lamentable how Spain neglects important parts of its heritage. (Only last week part of the Medieval Torre de Melgarejo near Jerez – which is a protected building – collapsed). Doña Blanca gets its name from a medieval tower near the Phoenician remains and where Doña Blanca de Borbon was imprisoned by Pedro I in the XIV century.