Attractive nose which seems very clean and natural with lots of cherry and plum and hints of toast and a faint vanilla note from the oak. It is an unpretentious wine but good for what it is, and while there is a faint whiff of Syrah smoke the Tempranillo and Cabernet predominate with crisp red/black fruit, and even a faint and passing trace of mint.
Palate

Medium bodied yet quite well structured, it has a very ripe feel yet there is a decent level of acidity. The tannins are not at all bothersome and balance is good with an overall impression of fruit, yet it is better than some wine of the year and a little more serious. An honest, enjoyable and versatile wine.
Comments

Bodegas Rivero were founded in 1864 at Prado del Rey, where Pajarete came from, not far from Arcos de la Frontera in the foothills of the Sierra de Cádiz. Here the soils are very similar to albariza and most of the vineyards are in family hands. The fame of Pajarete may have waned, but the bodega is still very much alive making table wines. They grow Moscatel, Merlot, Tempranillo, Syrah and Cabernet Sauvignon, and the latter three are used to make this young red (tinto joven). It is sold as a "segundo año", an old term which means it was bottled in the year following vintage, in this case 14/1/17. It spent up to about 4 months in a mix of used French and American oak, not enough to be called a "crianza"which demands 6 months, but enough to keep a balance of youthful fruit and a hint of seriousness at a very reasonable price.
Price
4,95, Licores Corredera 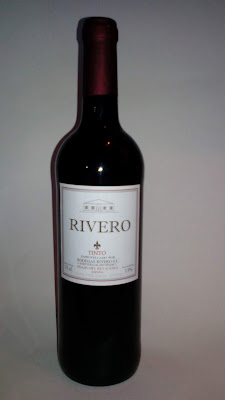