President of the Oenologists on the “Sherry Revolution”

Sherry is impressing the world. The DO is once again a key reference point in Spanish wine and its evolution is being closely followed by the trade, among them the oenologists, who have just held the first edition of the VinEspaña competition as well as their general assembly in Jerez. They see in Jerez a model to follow, now that other wine regions are being shaken up by internal disputes.There are still disputes in Jerez of course – like Bag in Box or Fino from Sanlúcar – but these are minor in comparison to the scandals which are tainting other DOs like Rioja, Rueda or Cava where bodegas’ leaving the DO seems to be the order of the day.

The revolution in Jerez is being closely followed by other DOs who watch out of the corner of the eye the change of mentality and openness which has developed in the area and which, according to the president of the Spanish Federation of Associations of Oenologists (FEAE), the Jerezano Santiago Jordi, is demonstrated by the mere fact of considering the possibility of incorporating into the DO the new wines which are appearing in the area; the new Sherries which are reviving abandoned winemaking traditions (unfortified wines, pago wines, wines with only brief ageing, the revival of old grape varieties…). 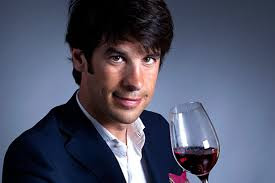 Santiago, who is also vice-president of the International Union of Oenologists (UIE) as well as acting as a consultant oenologist, is not disconnected from these innovations, and is in fact immersed in a project for the forthcoming launch of two Finos de Pago, one from the Macharnudo and another from the Balbaína, which will join the red and white table wines which he makes in the area. For him, oenology is a way of understanding life, and he emphasises that the resurgence of Sherry is based on two fundamental pillars: tradition and the vineyard. The future is the past. “Basically, what is happening in Jerez is that they are reviving the old ways of making wine, the ancestral ways”. He is a firm defender of the importance of viticulture, the vineyard and the land in the current winemaking scene.

“In viticulture generally, which is totally different from that in Jerez, greater value was put on the pago and the vineyard, whereas here, with our system of criaderas and soleras and fortification, there has been more interest in getting quantity from the vineyard. In the past however, wines were made without fortification, pago wines were produced with higher strength and there were other varieties than just Palomino, and this is being revived now, but it needs skill in the vineyards and bodegas, perhaps slightly more in the vineyards because if not it will be difficult to be profitable”. 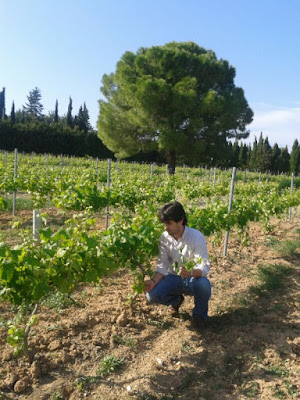 Santiago’s words show a clear vindication of the figure of the oenologist, especially the young ones who, according to him “are obliged nowadays to travel to complete their education since they know that wine production starts in the vineyard, and that has been rather neglected in Jerez, though it is at last being addressed”. Nevertheless he asks that they tread carefully and points out that “all this is still being done by a minority, and not everyone will see it as good”.

In Santiago’s view, the inclusion of the new Sherries in the agenda for debate by the commission set up by the Consejo Regulador to resolve the questions which would require a modification of the Sherry regulations is an important step, especially when compared with the problems in other DOs. “In other areas they are killing themselves. In Rioja, bodegas are abandoning the DO, in Rueda they are slashing prices and there is a tremendous battle going on; it is crazy. I believe it is virtually an obligation to open this debate because there are other ways of understanding viticulture and we have to leave the traditional behind, yet be aware that not everything they did in the past was bad, and as we are unique, exclusive, original… we should take advantage of this, while also keeping our minds open to other trends”.

Santiago believes that this change of mentality and renewed value put on the Sherry vineyards are closely related to the education of the new oenologists, but that it lacks sufficient education about viticulture. “It is not like that in my case because I am an agricultural engineer and worked in vineyards before becoming an oenologist, but right now, those who are studying the four year oenology course experience very little viticulture, although when they travel to work the harvest in other areas of Spain and abroad they see that everything in the glass started in the vineyard”.

Santiago Jordi is president of the FEAE, vice president of the UIE and one of Spain’s busiest consultant oenologists. He works with Huerta de Albalá and González Palacios as well as bodegas in Somontano, Toro, Ribeira Sacra, Chile, Brazil and even… Ireland. He also has vineyards in Jerez where he makes his own wines: Margarita y Amapolo, Atuna and Cara Cepa as well as the forthcoming Tintilla and is working on two Finos de Pago from Macharnudo and Balbaína.