The Consejo Regulador was a little worried at the end of 2017 as sales had dropped by 5% with a volume of 3.3 million litres, but the start of 2018 has brought some cheer. In the course of January and February this year sales rose 4% to 3.8 million litres or 140,000 litres more than in the same period last year.

In the home market, which has been very encouraging recently, sales were about 1.5 million litres after a slight drop of 0.4% in the first two months of 2018, but it is hoped that this drop can be recovered in the coming Feria season of April and May in Andalucía, where large amounts of Sherry are consumed. Exports, on the other hand, grew by 6.6% in January and February to 2.37 million litres. This growth in sales abroad, where ever falling sales of the cheaper lower quality BOBs are concentrated, is wholly thanks to the UK, traditionally Sherry’s biggest market and where the Consejo has high hopes of recovery. Here sales jumped by an amazing 40% in the first two months of 2018. 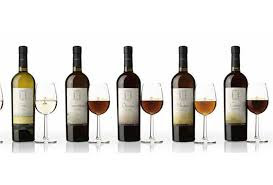 Sales to the UK rose from 557,000 litres to 780,000 litres for the same period, a rise of some 225,000 litres. Of the other two large traditional export markets, Holland saw a fall of 3% with a little under 600,000 litres sold in January and February and Germany saw a 0.2% rise to 324,000 litres. Across the Atlantic, and after a promising year in the US, sales in North America lost steam in the first two months and fell by 18.5%, with volumes in the US remaining largely unchanged at around 160,000 litres, very slightly above the 2016 figure. In Asia, although sales volumes are small at around 34,000 litres, they shrank by 25% in January and February although the principal Asian market, Japan, saw growth of 5% to around 25,000 litres.