The Lament of Beltran Domecq

Chemist, oenologist, and above all one who continues the long tradition of bodegas, Beltran Domecq (Jerez 1946), president of the Consejo Regulador Jerez, believes that it is extremely sad that the consumption of wine in Spain has fallen during the last four decades from 60 to 20 litres per head per year. What is more painful than this fall, which has been less noticeable in Italy or France, is the lack of knowledge in Spain of this most natural of products, despite Spain being the world’s largest vineyard, with 1 million hectares.

This lack of knowledge affects especially the wines of Jerez with their centuries of history, to which Shakespeare dedicated verses, and which are as unknown in Spain as they are venerated abroad. For this reason, Beltran Domecq has set the Consejo the task of promoting them in this, the year in which Jerez is the European City of Wine 2014. 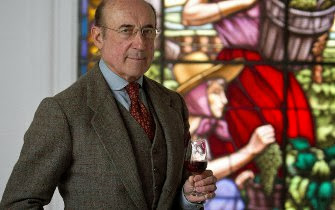 The Sherry vineyards produce 11 distinct types of wine which Domecq says have a versatility unique in the world, and are capable of accompanying the most difficult to match food, such as asparagus, artichoke or vinaigrette, not to mention meats, cheeses – even sushi - and are suitable at any occasion or time of day.

The Sherry district has closed the 2013 season with sales at 45 million litres, a drop of 4%. Sales in Spain, despite the spikes at Feria times, have dropped 2%, but still represent 30% of total sales, similar to the UK market to which Sherry has been exported since the XIV century, and which until the last few years was the leading market. Holland and Germany are in third and fourth places, followed by the USA, where last year sales rose by 11%, and Japan, where they even have venencia competitions, by 17%.

Sherry reaches the market with an average age of four years’ ageing, but there are wines out there with age certification of over 30 years – for around 60 euros. To Domecq they seem too cheap, when you consider that they are unique. He bemoans the fact that Sherry prices still resemble those of 20 years ago, and points out that the prestigious international press says that they are remarkable value for money.

Domecq finds it irritating that many bars do not serve Sherry as a wine, and pour it into the smallest glass they have, that people say it is terribly strong, when it is the same strength as most wines these days – although the older Sherries can reach 20%.

Sherry wines, which are solely made by natural processes can contain 700-1000 chemical substances, so it is wise to drink them with the intention of tasting them, and as with all wines, in moderation. These are healthy wines, he says, and to prove it he relates that his father, who drank up to three bottles of Sherry a day lived till 82 and died with a liver as healthy as a three year old. Domecq himself began tasting Sherry at 8 or 10 years of age with his grandfather, who taught him what it was, and how and how much should be drunk. This, he says, was an opportunity few other young people have, and now they drink liquor of questionable origin at botellones (drunken street parties).

Bringing up a child is done at home, and if they are going to drink, they need to be taught how, possibly with the addition of a little water, and that the purpose of drinking wine is to enjoy its flavour, not to get drunk. Sherry is a complex wine, full of mysteries, such as the flor, and to spread knowledge, Domecq has published a book (Jerez y sus Misterios – now available in English), because to know Sherry is to love it.

Do follow these, as there will be a lot going on while you are there - you will be there, won't you?!