Our favourite wine comes in all sorts of styles, so why not sparkling? Well for one thing, as a fortified wine it is strong enough already, but if it was sparkling as well, it would knock you for six. Sparkling wine has been – and still is - produced in the Sherry zone, but is not technically Sherry, as this style of wine does not fall into the remit of the Consejo Regulador. It is, however, produced entirely in the Sherry zone, and much of it from Sherry grapes. And there may well be more to come. 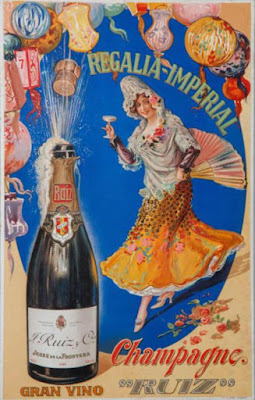 The first sparkling wine produced here was “Gran Champagne Continental“made by the now lost, but very reputable bodega Hijos de Jimenez Varela in El Puerto de Santa Maria. Their idea was to come up with a new product in the face of falling Sherry sales due to various scandals in the 1880s. In a period of massive growth, some speculative bodegas were bringing the industry into disrepute in their biggest market, Britain, by fortifying poor wine with potato spirit. There were also still the rumblings from certain British doctors complaining of the “plastering” of the must (adding gypsum to the wine to help it fall bright after fermentation), which was proved to be perfectly safe. “Champagne” was not the only alternative product;  there were various “tonic” wines (Quina) and spirits such as liqueurs Anis and Cacao, as well as Rum, Gin etc., and of course plentiful brandy. 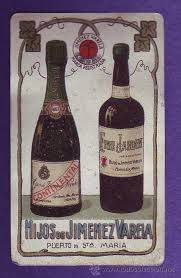 Jimenez Varela produced their “Champagne” from Palomino grapes from their own vineyards in the Pago Balbaina and produced the wine by the traditional “Champagne” method, that is by conducting the secondary fermentation in bottle. They made the wine in purpose-built cellars at their Finca Caracol by hand, the only way available then. The wine sold very well for a few years, but was eventually dropped as sales waned. This was, of course, long before the word “Champagne” was protected by French and later European law, and anyone could get away with calling their sparkling wine “Champagne”. After all many were imitating Sherry too.

Domecq was another who did. They launched a sparkling wine in 1904 made with mostly Palomino but with some Moscatel to sweeten it, as was the fashion in those days. It sold well, despite losing the word "Champagne" and was produced until the 1960s. The poster above is from 1933. At the height of their productivity, Cayetano del Pino also made sparkling wine, thogh how sparkling Sherry could ever be "Champagne Style" escapes me.


Some excellent sparkling wine is being produced by Alba Viticultores in Sanlúcar using organic Palomino grapes and the simple old fashioned “ancestral” method of bottling the wine half way through fermentation, a method they call Método Sanluqueño. They also make rosé using Palomino and a little Tintilla. These wines have no addition of anything and are very natural. 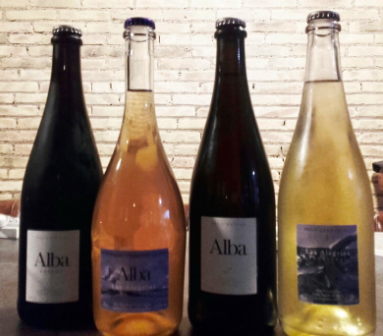 Bodegas Antonio Barbadillo in Sanlucar also produce sparkling wine. After a few years of experimentation, they launched Beta Brut at Christmas time in 2009. It is composed of locally grown Chardonnay (30%) as well as Palomino (70%), and is also made by the classic bottle fermentation process, being aged on lees for 9 months. Barbadillo’s research was conducted in conjunction with the Andalucian Technical Corporation (CTA) and the Ministry of Science and Technology to develop new types of wine and other avenues of income than the traditional Sherry. The wine currently sells well as an Andaluz product versus the almighty Catalan Cava.

There is another bodega in Jerez producing sparkling wine, and it is Bodegas Tejero Moreno.  They have produced, as well as Sherry, a “Vino de Aguja” (a semi-sparkling wine) from their own vineyards near Jerez since 2004. The wine is called Jose Tejero Moreno and is sold under the denomination Vino de la Tierra de Cadiz. The grapes are picked at dawn to keep their temperature low, pressed, and the must fermented at 18C in stainless tanks before being carbonated gently to give a very fine crisp fizz. The result is an inexpensive but very refreshing wine.

It is also worth mentioning the Jerez component in a Cava produced in Cataluña. Equipo Navazos have been working to produce top quality sparkling wine in Jerez with Sergi Colet, a top level producer in Cataluña. Much experimentation is going on in Jerez, but what they have released so far is Cava, mainly from Xarel.lo grapes but with the addition of a little Jerez flor and/or some lees from Jerez biological ageing in the licor de expedicion (a mix of wine, yeast and sugar to set off the secondary fermentation in bottle). Results have been good, and the Cava has a pleasing, very dry southern flavour, and has been released in very small quantities onto the market. 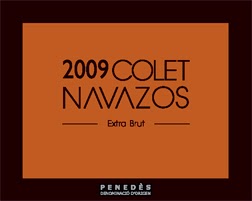 Over the last twenty years or more, many bodegas, seeing the slow but inexorable decline of Sherry sales have made moves to get involved with other, more profitable wines or spirits. Gonzalez Byass, for example, makes Rioja (Beronia), Cava (Vilarnau), table wines in Castilla (Finca la Constancia), Somontano (Viñas del Vero), and Andalucia (Finca Moncloa). They are among many others such as Osborne and Barbadillo. Sparkling wine as a regular product seems a while away, but is a definite possibility. Watch this space....