This small bodega was established in 1841 in a flourishing El Puerto de Santa Maria by Edmundo Grant Falconell, and has remained in family hands until the present day. He was born in London, of Scottish or Irish descent, and emigrated to El Puerto aged only 17, but counted on the support of a relation called Alexander Grant who was already established there and trading in a small way. He was looking to work with his compatriot Guillermo (William) Oldham, who had bodegas in the Calle Albareda.


The firm began as an almacenista, buying in wines mainly from the Balbaina vineyards as they owned none, ageing them, and then supplying finished wines to other, bigger, bodegas to replenish their soleras. They notably used to supply Fino to Osborne. Edmundo's son, Edmundo Grant Lopez inherited and continued the business. It continued as such till about 2003, when the firm decided to bottle their wines on their own account and with their own brands. They still sell wine in bulk, however. The bodega is by no means the largest in El Puerto but it is very pretty, and it is still run by an Edmundo Grant. 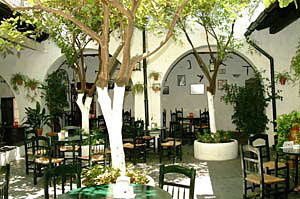 Known locally as the "bodega de las siete esquinas" (bodega with seven corners), Grant is well located in El Puerto,  five minutes' walk from the bullring and close to the Guadalete riverside, where the atmosphere favours the development of flor. As well as lots of wine, there is a museum of bodega tools and a lovely enclosed patio, where food is served, and of course, Sherry. Here one can enjoy a fine meal and purchase the bodega's wine. 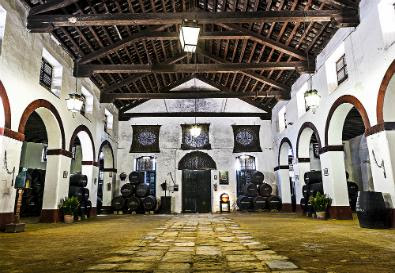 The range of wines is as follows: