The competition to choose which Tio Pepe should stand on the Tio Pepe roundabout in Jerez is finally over. The winner is the Tio Pepe designed by sculptor Chiqui Diaz, chosen by over 6,000 people from all over the world – but mainly Spain - who voted for the four finalists online on the Tio Pepe facebook page. Soon, the new Tio Pepe will preside over the Avenida Tio Pepe.  Great marketing, eh?!  Anyway, the roundabout will look quite like this: 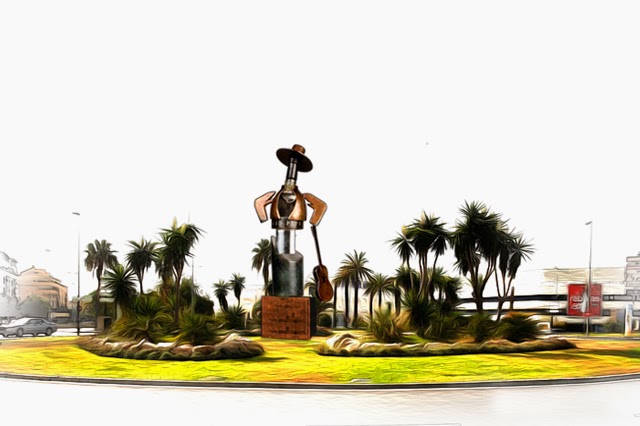 The Mayor of Sanlucar, Victor Mora, visited the bodegas of La Guita in the Calle Misericordia today to inspect renovation and improvement works which have just been finished. Responding to an invitation from the president of owners Grupo Estevez, the mayor toured the bodega in the old quarter of Sanlucar and saw the repair work to the façade as well as interior improvements.

The Andalucia Party has asked that the local government restore the old School of Industrial Relations building (formerly the Diez Merito bodegas, right opposite the railway station) to avoid further deterioration, and give it a cultural and social use, if the Junta de Andalucia’s projected health centre doesn’t materialise. The building is now presenting a danger to children and is infested with rats. The party has asked the council to pressurise the health service to do what it has promised to do many times, and make it into an extra-hospital emergency centre for the use of citizens of Jerez. 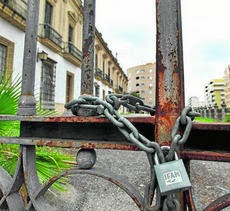