The origins of this firm go back to 1840 when Manuel Gil y García, from Grazalema (Cádiz), bought the bodegas and fine soleras which had once belonged to Tomás Geraldino y Croquer (the Irishman Thomas Fitzgerald) who had died in 1755. The business grew to be very successful and in 1882 it was expanded and renamed after the relatives the Carrasco brothers (hermanos) joined the firm, based at Calle Cartuja 2-5. They owned a 25 hectare vineyard called San José in the pago Burujena. 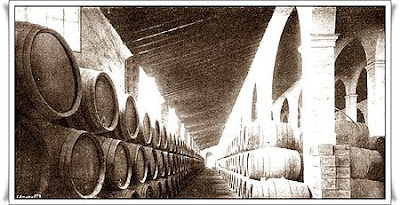 The Official Guide to Jerez of 1889 describes them as exporters, particularly to the Americas where they had an office and near monopoly in Mexico, but were also present in other markets. The 1900 edition of the same publication lists them as a very successful business with large, spacious and well thought out premises, having bought another neighbouring bodega. 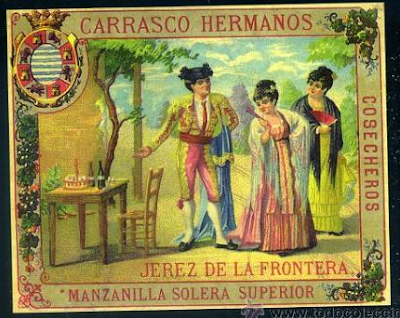 It seems that on the 31st December 1895 the business was split into two to best manage the large volume of business. Thus Francisco Carrasco y Hermanos was created and established itself in Calle Arcos 55 where they had a cooperage, distillery and all the appurtenances necessary for a large business. Some of these bodegas now belong to Lustau. In 1897 the firm changed its trading name to Juan Carrasco y Hermanos and was bought out some twenty years later by Gutiérrez Hermanos who moved operations to the Carrasco bodegas in Calle Cartuja. 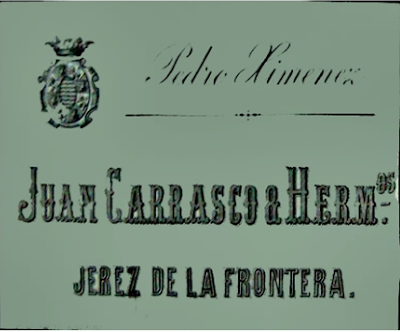 In 1936 the firm moved to Calle Cordobeses 3 and in 1963 became Fernando Carrasco Sagastizábal (1899-1982) where they remained till they were in turn bought out by Manuel de Argüeso in 1942, becoming part of Manuel de Argüeso SA which itself was bought by Valdespino in 1972. 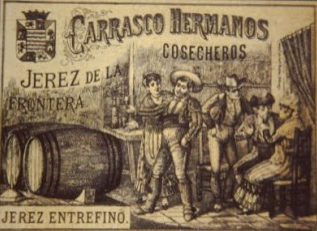 At this point the firm disappeared from the radar except that there was a Fernando Carrasco Chacón, presumably the son, still operating  as late as 1984 likely as an almacenista and at the same address. The old bodega now belongs to Tradición CZ. Some small and very old soleras were bought by M Gil Luque and sold under the De Bandera label. Equipo Navazos Palo Cortado No.6 came from one of these. 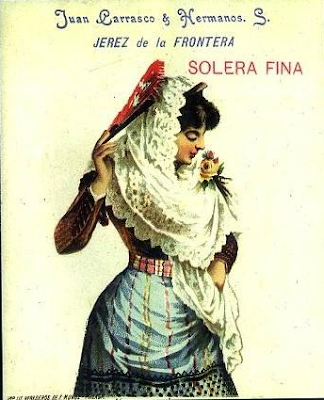