As if the range of Sherries from Valdespino was not good enough already an exciting and rare new addition has been launched. It is a Palo Cortado made from grapes grown in the firm's Inocente vineyard in the pago Macharnudo Alto, probably the best vineyard in  Jerez, where the vines range from 35 to 55 years old. 500 half bottles were filled from a single butt in June 2017, though samples were available at last year's Vinoble where they met with considerable interest. The wine was pressed very gently and fermented in a number of butts, and from early on one in particular showed outstanding finesse and complexity. It was fortified to 15°, beginning life as a Fino but gradually the flor disappeared, and it was fortified again to 17°. Being wine from a single vintage the butt was sealed by staff from the Consejo Regulador and then allowed to develop. Over the almost 17 years it has developed a further 3° of alcohol and a beautiful colour as well as amazingly complex aromas and flavours. Each bottle is hand numbered and sealed with a driven cork with a wax capsule and presented in a gift box. The wine is all destined for export, mainly Britain and the United States. 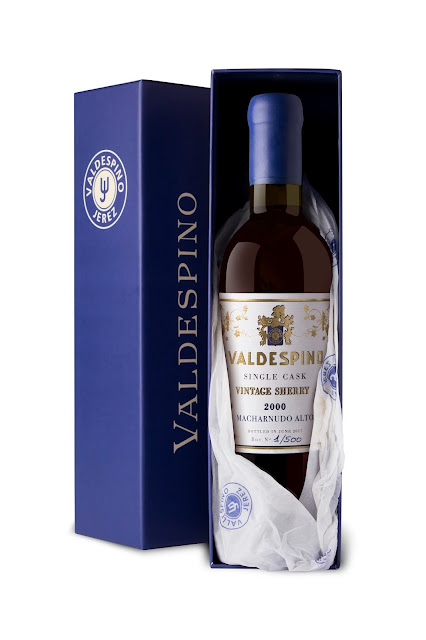