Simon Armitage has been appointed the new English Poet Laureate and will visit Jerez soon to choose his Sherry and sign a butt which will be kept at the Consejo Regulador´s Bodega San Ginés. In a tradition dating back to 1668 the title of Poet Laureate was awarded by the monarch for poetic excellence and for life. The reward was a butt of Sack and occasionally a pension. Since 1999 it has been a 10 year appointment with a fixed payment of ₤5,750 and 600 bottles of Sherry of the poet´s choice.  Armitage, a 55 year old Yorkshireman who is professor of poetry at Leeds University, takes over the role from the first ever female Laureate, Carol Ann Duffy. Once a label has been designed and the Sherry has been bottled, he plans to keep some and auction most of it to raise money for charity. 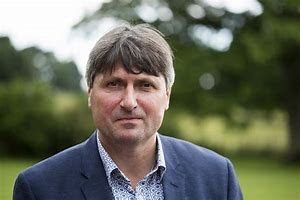