The Copa Jerez Forum & Competition, the largest international gathering involving Sherry and organised by the Consejo Regulador of Sherry and Manzanilla in colaboration with Fedejerez, has celebrated the closing day of the competition in the Villamarta theatre in Jerez.

During this great gathering, the final of the VIII edition of the Copa Jerez Competition took place, an exciting competition in which seven international teams consisting of a chef and a sommelier prepared their menus paired with Sherry live and simultaneously.

The winner of this VIII edition was the team of sommelier Jonathan K Bernsten and chef Martin G Sørensen from Denmark´s restaurant Clou* located in the heart of Copenhagen. 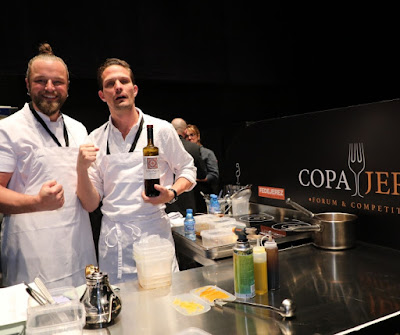 The other prizes awarded during the competition were:
Best Somellier: Enrique García Albelda of Spain
Best Chef: Martin G Sørensen of Denmark
Best Pairing with the starter: Tartare of scallop with wasabi, cucumber and flavours of the sea paired with Fino (Fino Tio Pepe en rama 2019 – Bodegas González Byass) from the United Kingdom team
Best Pairing with the main dish: Twinning of Amontillado and Fondillón paired with Amontillado (Amontillado 54-1ª VORS – Bodegas Osborne) from the Spanish team
Best Pairing with the dessert: Banana, golden butter, liquorice and olive oil paired with Pedro Ximénez (Pedro Ximénez Tradición VOS – Bodegas Tradición) from the Danish team
Most creative pairing: the team from the Nomad, United States
“Special Mention” The judging panel also thought it necessary to make a “Special Mention” to the sommelier Kim Reisig of the Dutch restaurant Cheval Blanc* as “Sommelier of the Future”. 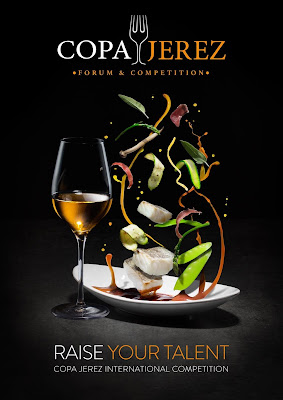 The panel of judges charged with making the awards on behalf of Sherry Wines consisted of five international professionals from the worlds of wine and gastronomy who were: