Appearance
Bright light straw with some legs.
Nose
Nose attractive, full, generous, very fresh and soft with a growing bitterness from the flor. It has a certain zip about it which makes it rather moreish, slight hints of green fruit, bread dough and olive brine.
Palate
Crisp, fresh, good and dry with lots of yeasty character. Lots of that dry scrubland bitterness yet impeccably clean. Not old enough to have much in the autolysis department, but old enough to be a serious contender. Long clean, dry, bitter finish. Very good.
Comments
Pando is an old brand of Fino from W&H, introduced in 1878 as a Fino-Amontillado which was very popular in the 1930s and which has been off the market for some 20 years. Now it is back, just released, and is as good as ever. It is so long since I tasted the old Pando, that I can't really compare the two versions. It is sold at about 5 years old, and there are 9 criaderas in the solera. It is said (and I heard this from someone at W&H) that its name originates from the steamship line which first brought it to Britain, P and O, but I find it a little hard to believe. More likely it comes from a Sr. Panadero in Montilla who supplied wine for the establishment of the solera. The Spanish word "pando" is an adjective meaning "bulging", so that can't be it. Who cares, it is lovely Sherry, and thankfully in a bottle which resembles the original. In the 1970s there was a famous advertising campaign for Pando starring two of Flamenco's finest: singer Fernando de la Morena and guitarist Moraito Chico. This new launch will feature another such campaign starring Fernando's son - and hopefully Moraito's too...
Price
About 6 Euros in Spain, but not widely available yet. Presumably Ehrmanns, W&H UK agents, will have it soon, probably about the £10 mark. 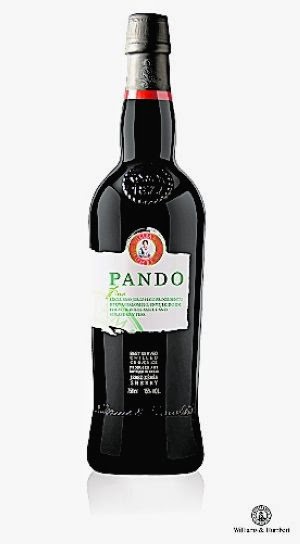