Miguel Sanchez Ayala was established in Sanlucar in 1789. The historic old bodegas are situated in the Barrio de la Balsa (Barrio Bajo) between the streets Banda Playa and Divina Pastora, once an area surrounded by navazos. The bodega San Pedro, constructed in the XVIII C by the Arizon family of cargadores a Indias shows the early beginnings of bodega-specific architecture, and contains about 500 butts of Manzanilla. It was once used by the family as a warehouse for goods being sent to the Americas. It was sold by the Arizon family to the Vicario Inigo family, also cargadores in 1798 and the firm passed through the hands of various families till today. The bodega San Miguel is a mid XIX C Moorish-looking structure which started life as a tomato canning factory. In all, the firm has 5 bodegas holding some 6,000 butts.

For a long time Sanchez Ayala was a traditional almacenista bodega, supplying bulk wine to local bars and the exporting bodegas, but has more recently begun marketing wines under its own brand names as well. There are some quite superb wines, and this is the way forward.

Ayala owns some 200 hectares of vineyard in the Pagos Balbaina, Torrebreva and Martelilla, and produces about 5,000 hectolitres of wine, over half of which is Manzanilla. 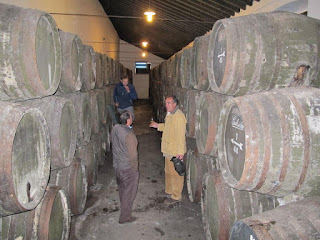 In 1986 the entire business including brands, soleras, bodegas and vineyards was bought by a local businessman, Jose Luis Barrero Jimenez after the crisis began to tell. He has continued to run the business keeping everything immaculate and continuing to make Manzanilla in the classic way, and is producing fine quality Amontillados which are marketed in very small quantities, much to Equipo Navazos, who also buy their Manzanilla. Current cellar master is Luis Gallego. The firm is doing well and is about to expand with the purchase of a disused bodega, while stocks of wine and butts for it have been building up at the bodega at Las Cañas. Luis Gallego keeps the bodega nice and damp and small sacas and rocios are carried out frequently/ 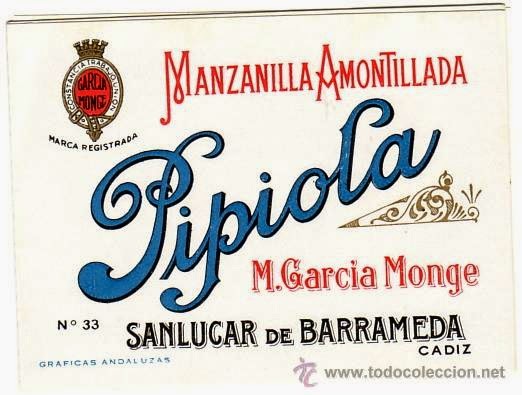 There is also a despacho de vinos next to the bodega.