Appearance
Bright pale gold, some legs.
Nose
A very slight savoury edge from autolysis, then doughy, dry scrub, bitter olive brine, distinct flor influence, quite salty too, with traces of dried flowers and white wine coming through. An interesting nose.
Palate
Again that savoury note, very dry with a gentle tang, quite full and winey but finishes with the classic very dry bitter flor edge we know and love, good length and lots of character.
Comments
"Juncal" means ground covered in reeds (though it can also mean lissom!) in reference no doubt to the marshes at the mouth of the Guadalquivir. It used to be the Manzanilla of Jose de Soto, but that firm was swallowed up by Rumasa-owned Garvey, and Juncal is now part of the Garvey range. Interestingly, the latter did have a good Manzanilla of their own, "La Lidia", but that seems to have disappeared. Back in 2006 Garvey decided to experiment with a super-light Manzanilla under the "La Lidia" brand name and in a tall wine bottle, but it met with little success and as far as I know, it has now disappeared. It really makes you wonder!
Price
5,95 Euros in Spain, but not imported into the UK so far as I know 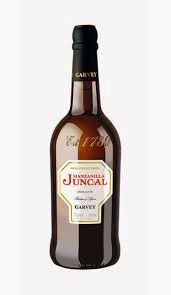 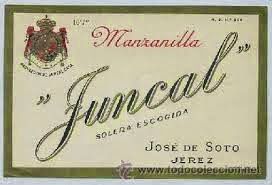