Bertola was established in 1911when the Port firm CN Kopke, the oldest Port producer (est. 1638,) decided to enter the Sherry business. The interest of Port firms dealing in Sherry or vice versa was common at the time, but while Kopke’s interest in Sherry did not last long, it lasted long enough for the firm to be known as Kopke Bertola for a while.

The Craven-Bartle family, originally from Birmingham, had come to Valencia to be involved in the engineering business, but William Craven-Bartle Wood (1879-1949) and his son Joseph Craven-Bartle Montagut, (1912-1978) both born in Valencia, moved to Jerez in the 1920s, taking over the business from Kopke towards the end of that decade.

The bodega was in the Calle Mendoza, later moving to Calle Canto. The firm was very successful, selling its wines under the Craven brand, later changing the name to the more Spanish-sounding Bertola, an approximate acronym of Bartle. Bertola began as Bertola & Co Ltd registered in England and Bertola SA registered in Spain. There was even a Bertola Mexico SA, which made brandies for that market and imported Spanish products. At around this time, Diez Hermanos had a stake in Bertola, but this did not last very long.

A new bodega complex opened in April 1964, 6,500 m2 on a site of 14,000, as rapid expansion had been foreseen. It was situated near the start of the road to Sanlucar.  It was state of the art in terms of winemaking, yet all this was housed in traditional architecture. The neighbouring industrial estate was named after it: the Poligono Bertola.

Many members of the British wine trade were present for the opening, including the boss of UK importer Evans Marshall, along with members of the Jerez City Council, the Consejo Regulador, and board members of Bertola. It is not known if anybody was there from Peter Thomson, the Scottish agents based at Crieff Road in Perth, who had particular success with Bertola Cream.

In 1972 the firm succumbed to Rumasa, and was merged into the giant Bodegas Internacionales alongside Misa, Pemartin, Varela, Diestro and Otaolaurruchi in a huge bodega complex of some 50,000 m2 (now Williams & Humbert). After expropriation by the Spanish government in 1983, Bertola, along with Diez Merito and Pemartin were bought by Marcos Eguizabal in 1985 and merged with his (also ex-Rumasa) bodega in Rioja, Federico Paternina to form Grupo Paternina. In March 2016 the Sherry division of Paternina was bought by the local family the Espinosas, who have since made great strides in promoting them. 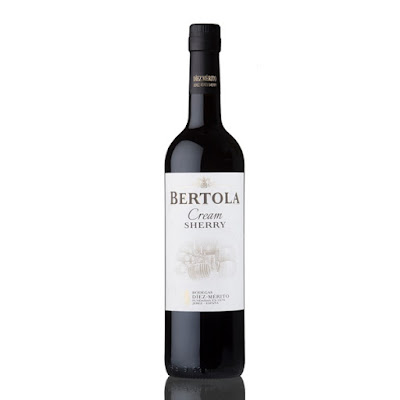