The Classic Pagos of the Marco de Jerez: Añina

This fine pago dates back to Roman times and was probably the property of a certain Annius, an early vineyard owner in the area and hence its name. Lying west of Jerez surrounded by the pagos or sub-pagos of Orbaneja, San Julián, Cantarranas, Zarzuela, Corchuelo and Marihernández. It lies some 13km from the Atlantic and about 6 km from Jerez near Las Tablas. The pago includes some 800 hectares, but by no means all is currently planted and there are many casas de viña dotted about, many in a poor state of repair. Much of the vineyard here are owned by growers and bodegas from Sanlúcar, especially in the northern part of the pago closest to Sanlúcar. 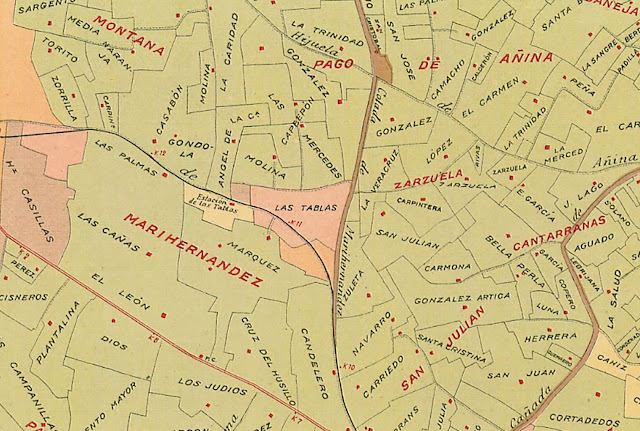 The vineyards are mostly south facing with gentle slopes of not more than about 10% and Añina reaches a maximum altitude of about 113 metres and various types of good pure albariza can be encountered, mostly bujeos, lustrillos and tosca cerrada. Wines produced here are considered to have very good balance mostly providing mid-weight decently structured Finos perhaps between Macharnudo and Balbaina in style. Then there is the Mosto Añina festival every December where many casas de viña offer traditional country food and mosto to wash it down. 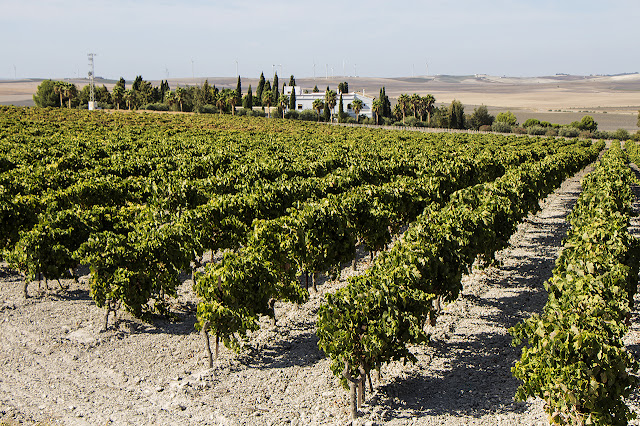