The Irish in the Marco de Jerez

The legend that is Sherry was built not only by Spaniards but also by many foreigners who came here for various reasons, be they religious strife, oppression, war, famine or plain commerce. The Irish expatriates, who were known as the "Wild Geese", came for all of these reasons but mainly religious strife and oppression. The emigration started in the 1600s, and by the end of the century tens of thousands had left for a safer life in Europe or the Americas where they developed considerable influence.

Irishmen occupied all sorts of positions in Spain: Richard Wall was secretary of state; Alexander O'Reilly re-structured the army; Henry Reynolds McDonnell was an admiral; Ambrose O'Higgins was viceroy of Peru; John O' Donohue was last viceroy of Nueva Espana; Leopold O'Donnell was a general and politician, and William Morphy was personal secretary to King Alfonso XII. Those who came to the Marco de Jerez also left a lasting legacy.

George Fitzgerald and his wife Mary Tray came to Jerez from County Kildare near Dublin. Their son, Thomas Fitzgerald, born in 1682 in Jerez, hispanicised his name to Tomás Geraldino y Crocquer and owned various vineyards and bodegas. During the reign of Felipe V, Tomás was appointed Spanish ambassador to London and took the opportunity to promote his own Sherry - and that of others - in his 30 years in the job there. Such was his success that Sherry sales increased dramatically. He died in 1755 and his Sherry interests were eventually bought by Manuel Gil Y Garcia forming later the foundation of Bodegas Carrasco Hermanos. 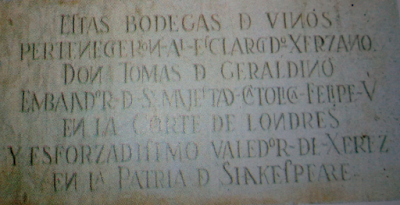 William Terry came from a large family with various branches in Limerick and Cork and their estates were confiscated by Oliver Cromwell around 1650 because they were Catholics. William arrived in the Jerez area close to the end of the XVII century and set up in trade. Before long he was prospering and owned vineyards, producing wine for export to the Americas. He was famous as a breeder of Cartujano horses and received many civic titles. The firm, based in El Puerto, was latterly known as Fernando A de Terry and lasted till the Rumasa takeover in 1981, later becoming part of Harveys, itself now owned by Emperador. Another branch of the family established Carlos & Javier de Terry, also in El Puerto and latterly known as Bodegas 501 to avoid confusion. These were great firms but not much is left of either of them now.

Felix Harrison arrived and settled in Sanlucar in the late XVII century and established the family as one of the leading cargadores a Indias, dealing in Sherry among other goods. The name was hard for the locals to pronounce and after a while the firm became the Casa del Marques de Arizón.

Henry O’Neale arrived in the area around 1712, having left Tipperary for the same reasons, and fought as a mercenary on the continent. He began a successful merchant business specialising in wine in El Puerto de Santa María which, through successive generations would last till 1983 though latterly based in Jerez, under the name Rafael O’Neale. 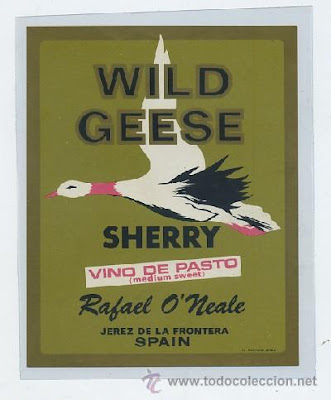 Patrick Murphy was of farming stock in the Cork area and arrived in 1725 intending to work with timber. Realising wine was more profitable he established a wine business in 1730. He was a bachelor and not particularly healthy so he was helped by his French friend and neighbour Juan Haurie, to whom he left the business on his death in 1762. Haurie became one of the biggest Sherry producers and the business would eventually become Pedro Domecq.

Richard Shiel began as a successful merchant dealing in Sherry in Cadiz, moving to Jerez in 1827. He was the uncle of William Garvey. For a while he was the partner of Nicholas Devereux in the firm Devereux Shiel & Co. He helped Garvey get started with modest employment at the firm and after its dissolution he helped him financially helping fund early purchases of wine, some from the Scots, Gordon & Co. His wife took over the business on his death under the style Viuda de R Shiel, later leaving it to her son Bernardo and his partner Enrique Ostmann who operated as Ostmann & Shiel until Bernardo's retirement in 1841 when  Ignacio de Urrutia became a partner till 1854.

William Garvey was not really a Wild Goose as he was not forced to leave Ireland. Instead the young aristocrat came in search of merino rams to boost his father’s flocks in 1776. After being rescued from the wreck of his ship and marrying his rescuer’s daughter, he was attracted to the wine business. Bodegas Garvey was established in 1780 and became extremely successful. It still exists, though it languished in receivership for some time thanks mainly to its takeover by Nueva Rumasa, however Emperador bought the firm in 2017 and it may well now have a bright future.
Posted by Paula MacLean at 17:11