In March 1760, His Excellency Don Joaquin Manuel de Villena Guadalfajara Rodriguez de Manzano y Nieto, Lieutenant General of the Royal Spanish Armada (Navy), was appointed Marques de Real Tesoro (Royal Treasure) by the King, Carlos III. This was a new title, and it was bestowed on him because he had defeated a group of pirate ships attacking his fleet, which was carrying royal treasure from South America. As the fleet ran short of munitions, he ordered that his own silver be melted down and used to make more. The resultant glorious victory was rewarded by a grateful king with the honour. 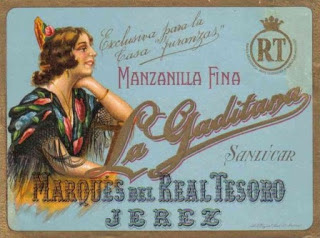 After his death the title languished, and it was in 1897 when King Alfonso XIII bestowed it on the original Marques’ grandson, Juan Jacome y Pareja, Vice Admiral and Minister for the Navy, who went on to use the title as a brand name for his Sherries, establishing a bodega in 1904. The first soleras were acquired from the Marques de Villacreces, wines nearly two centuries old which were rightly famous. Soon the firm was supplying wines to the Royal Household. The bodegas, in the calle Pajarete in Jerez contained 5,000 butts, and another in Sanlucar 2,000.

Jose Estevez bought most of the firm, by now called Herederos del Marques del Real Tesoro, in 1982, completing the purchase in 1989. He already owned Ruiz, and went on to acquire Valdespino, M Gil Luque and La Guita forming the family owned Grupo Estevez. He constructed a completely new bodega complex to accommodate Real Tesoro and Valdespino, along with laboratories, offices and bottling lines on the old Circunvalacion road immediately outside Jerez. The group as a whole is now the third biggest Sherry producer. 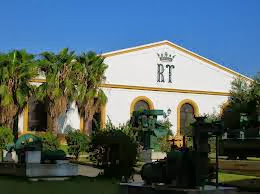 The bodega owns 186 hectares of vineyard, much of it in the top pago of Macharnudo, and a further 220 which it controls. Estevez as a whole owns around 800 hectares.  65% of the Real Tesoro wine is exported. The bodegas have stables where Spanish thoroughbreds are reared, there is also an art collection which includes tapestry and lots of Picasso, and a bodega dedicated to Lola Flores, the famous singer and actress from Jerez. There is even a carriage museum.

The firm’s excellent Fino Tio Mateo, once owned by Palomino & Vergara, has its soleras here, as does one of the best Amontillados, del Principe, and their Oloroso Almirante. The firm conducts exhaustive scientific research. They looked into histamine, for example, an organic substance found in products made by fermentation, which can cause bad reactions in certain people. They have managed to reduce histamine content in Tio Mateo to almost nil by a process which is still secret, but at least you can drink this excellent Fino without worrying about headaches. Music is played in the bodegas to investigate if it has a beneficial effect on the flor, or indeed the wine. You can hear it on the website, but that’s yet to be proved, and they are also looking for the flor genome. Equipo Navazos bottled some of the old Real Tesoro PX originating from Manuel de Argueso.