The export director of Bodegas Emilio Lustau, Ignacio Lopez de Carrizosa, sees a growing interest in fine Sherries in the English speaking world, as well as in Asian countries and Russia. Since Lustau specialises in fine Sherry, it is in a good position. Sales are already around 45,000 12 bottle cases per year, and last year showed an increase in turnover of 8%. Nearly all of this went worldwide, with only 6 or 7% of sales in Spain. 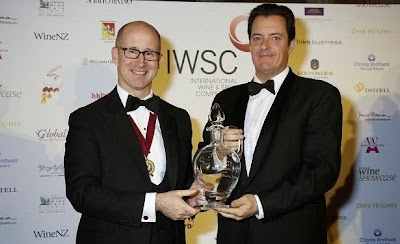 Mr Lopez de Carrizosa was speaking to EFE after Lustau was presented with the Sherry Trophy at the International Wine and Spirits Competition for their Pedro Ximenez VORS, of which only around 1,000 bottles are released annually.  Lustau chief oenologist Manuel Lozano has won the best fortified wine maker award for five years in succession.


The bodega has a good network of international importers, but is seeing growing interest in more distant markets such as Japan, Korea, China and the Philippines. Their agent in Russia has managed to position the wines in a super luxurious wine and spirit chain.
Posted by Paula MacLean at 21:09