The 2014 Mercedes Benz Flamenco Fashion Show will take place in Gonzalez Byass on the 6th – 9th of February.  This will be the 7th year of the successful show which keeps getting bigger despite the crisis. Eighteen brands will present their wares which include jewellery and leather goods. The Flamenco costumes represent the south and its people at their best – at the Fiesta, but at the same time they provide work and fun in difficult times. 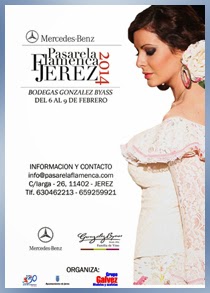 The Bodega of San Gines next to and belonging to the Consejo Regulador in Jerez is, as of yesterday, the new home of a collection of original old Fiesta de la Vendimia posters from 1948 – 1985,  a golden age for Sherry. The posters have been given to the Consejo by Fedejerez, the bodegas’ association so that the public can see them, as they form a part of the patrimony of Jerez. Evaristo Babe, president of Fedejerez, said that the values of the past which the posters represent will give us inspiration for the future. 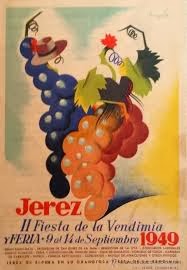