Shortly after the Spanish Civil War, there was a project to build a 5 km canal from Jerez to the river Guadalete, which would have connected the city by water to the sea at El Puerto de Santa Maria.

According to a study by the Ministry of Public Works in 1946, the canal would have started in the south of Jerez in an area known as Playas de San Telmo, and joined the Guadalete near El Portal. It was proposed to take advantage of the long straight stretches, but the river should be widened or straightened at tight curves. This would shorten the distance by 2 km.

This project, along with many before it, never reached fruition. It would have taken at least 6 years, and cost 91 million pesetas. It might have taken huge amounts of Sherry to market. 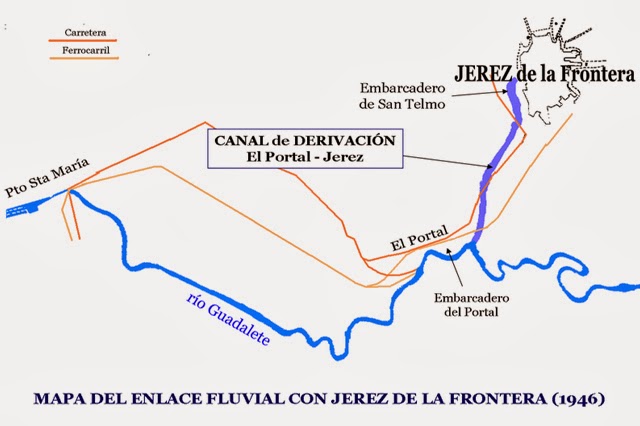