Barbadillo has done it again. The Salnucar bodega has won three awards at the Premios Mezquita 2013 in Cordoba.  Manzanilla Solear won the Gran Mezquita, Gibalbin 2011 (their red table wine) won the Mezquita Silver, and Eva Cream won the Mezquita Bronze. There were 390 wines entered, from all Spanish viticultural regions, tasted by thirty tasters. The Premios Mezquita, the only big competition in Andalucia, is now in its eighteenth year, and is a reference point in wine competitions due to the high standing of the judges. It has seen Barbadillo win awards time and time again. {The Mezquita is an equisite mosque in Cordoba} 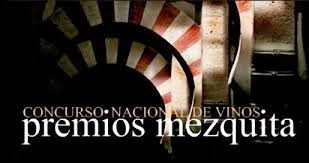 Spanish bars and restaurants are seeing good growth in Japan, according to the Economic and Commercial Office of the Spanish Embassy in Tokyo. 33,396 cases of Sherry were imported last year, representing growth of 10.2%. This is not a vast quantity (Port and Madeira are ahead) but a great opportunity is there for the Sherry trade. Fino and Manzanilla are especially popular in bars which offer Spanish ham and Sherry by the glass. The latter also go spectacularly well, of course, with Japanese Sushi.