The first ever “GastroCadiz”took place yesterday, an event celebrating the cuisine of the province of Cadiz, and it took place at Bodegas Delgado Zuleta in Sanlucar. The well-known TV chef Dani Martinez and Bodegas Delgado Zuleta are the main promoters of the initiative which is also supported by the Consejo Regulador, whose director, Cesar Saldaña, had the job of marrying fine Sherries to the food prepared by various leading chefs. 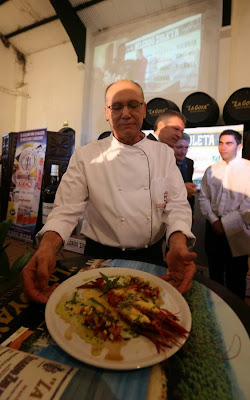 Cadiz is blessed with great seafood, agriculture and meat, not to mention great wines, putting the province firmly on the gastronomic map. The chefs came up with some amazing dishes using only local produce, and Cesar Saldaña married it all perfectly with Sherry. This sort of initiative is surely an excellent way forward for both food and wine exports.

Another event for the European Wine Tourism day is the V Jerez Wine Tourism Cycling Route. For 5 Euros, one can sign up and start at Bodegas Lustau, where a tour is organised, and cycle out to the countryside where a meal and some Sherry awaits the weary pedallers at the Cortijo de Ducha, courtesy of the Consejo. Entries are open until Sunday, and already at least 50 have been received. It is a great family day out for little expense. 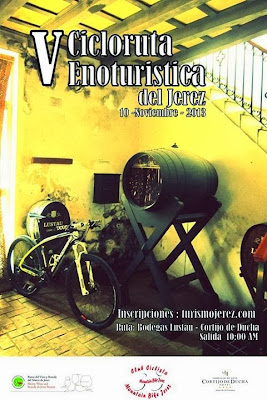