James Duff, son of William Duff of Crombie and Elizabeth Dalrymple, was born in Ayrshire, Scotland in 1734, and was shipping Sherry from Cadiz from 1768 as quite a young man. In the early days he bought his wine from Haurie, and later on was to buy some of his soleras when Haurie went bust in 1815. Duff was a generous man, and an enormous help to Thomas Osborne (1761-1845), advising and supplying wine initially and giving him storage for his own.

He never married and took on his nephew William Gordon (1772-1823), son of his sister Anne Duff and Alexander Gordon (of Aberdeenshire, the judge Lord Rockville), as a partner and inheritor in 1788. The firm was re-named Duff Gordon & Co. Their very skilled capataz, Johan Nicolas Bohl de Faber also helped Thomas Osborne who would later return the favour. On the 3rd of April 1790, Duff was appointed British Consul in Cadiz, a position he retained till his death. 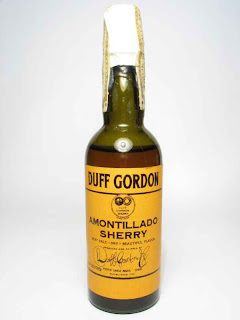 In the same year, another young Scot, George Sandeman, newly arrived in London, became his agent there until 1805, and again in 1818, by which time Duff Gordon wines were commanding top prices. In 1805, with business booming, Duff set up a London agency called Gordon Murphy, among whose employees were John James Ruskin (father of the writer) and one Pedro Domecq Lembeye. In 1809 the firm became Ruskin Telford and Domecq. For a while they also handled Haurie wines, but this proved rather undiplomatic, and soon ceased. Domecq later took over Haurie in 1818. Duff appointed Oliphants of Ayr as his Scottish agents in 1767.

Duff Gordon had brief dalliances with Madeira, leaving when Oidium destroyed the vineyards, and also Malaga Wine, but a longer one with Port. Sherry was always the main product of the firm, but their Ports had a decent reputation. All their interests in Oporto were, however sold by Osborne - -except the brand name - when they bought out the Duff Gordons. In the 1960's, Osborne established themselves in Oporto under their own name, and from time to time release a Duff Gordon Vintage Port, the latest being the 1994 (at time of writing).

In 1813 Duff was awarded the first baronetcy of Halkin in recognition of his help to the British Crown during the Peninsular War. He did what he could for his countrymen, and also for the Spaniards, who had a wretched time under Napoleonic occupation, and for whom he had great respect. He died in 1815, having lived just long enough to see the final defeat of Napoleon, and was buried at sea off Gibraltar. William Gordon inherited the firm along with his uncle’s title becoming 2nd Baronet, changing his name to Duff Gordon with Royal Licence. In 1810 he had married Caroline Cornewall, but it was a short marriage, as he died in 1823. From 1807-1818 he held the seat for Worcester in the House of Commons. He was also a lavish spender. 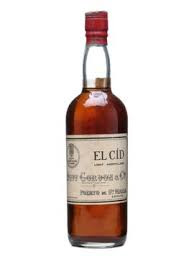 Sir William Duff Gordon left two sons, Alexander and Cosmo, and their mother split their inheritance: Alexander got the title and Cosmo got the bodegas, but as he was still too young, she empowered Bohl de Faber to run the bodegas. As the family grew more remote from the business, Thomas Osborne began working more closely with Bohl de Faber, who moved the firm from Cadiz to El Puerto de Santa Maria, and in 1825 Osborne married his daughter Aurora.

By this time Duff Gordon wines had an enviable reputation and had many aristocratic customers. One was the American Diplomat Washington Irving, who wrote “The Conquest of Granada” while staying at a mansion belonging to Osborne. Irving sent wine samples to the Tsar of Russia who was so impressed that a solera was laid down to supply him: Oloroso Viejisimo del Tsar.

In 1833 Thomas Osborne and Cosmo Duff Gordon became partners, and ran the business, the more so after the death of Bohl de Faber in 1836. Thomas Osborne died in 1845 and his son, Tomas, continued. In 1856 DG exported 3,036 butts, putting them in 5th place, but sales began to slip. In 1857 Cosmo retired leaving the Osbornes to run the business, and after he died in 1872 the family sold all its Sherry interests to them. In 1890 Duff Gordon was dissolved, but Osborne continued with all the DG brands from their original soleras and bodegas until 1890, and some up until the 1980’s when they disappeared altogether. 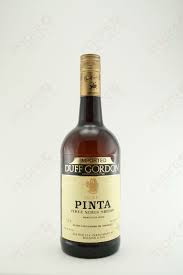 In his 1875 book “Facts about Sherry”, Henry Vizetelly describes the Duff Gordon bodegas in El Puerto. They were reached through a charming garden court bordered with flowering shrubs and fine old trees, geraniums and various climbing plants trained up the walls. The spacious shipping bodega contained 8,000 butts, neatly arranged, with various types of wine. Four other bodegas are devoted to the soleras, and one very fine oloroso had received offers of £400 per butt, which were refused. In the end there was a total of eight bodegas holding over 10,000 butts. Over the sample room door was the stuffed head of a bull which had apparently killed all the 11 horses in the ring.

Interestingly, the 5th Baronet, Sir Cosmo Edmund Duff Gordon (1862-1931), a prominent landowner and sportsman (a brilliant fencer), with a country estate at Maryculter, Aberdeenshire and his wife, the fashion designer Lucy Christiana Sutherland were among the survivors of the Titanic disaster in 1912. At the time it was thought they had bribed their way onto a lifeboat, but they were cleared at a Board of Trade inquiry. Lady DG had her own business known as Madame Lucille.