The International Wine Challenge, considered the top international wine competition, has awarded Tio Pepe Cuatro Palmas its top award, Champion of Champions. Thousands of wines from 60 countries are tasted by 450 experts in what is regarded as the most rigorous competition, and the Champion of Champions Trophy goes to the best of them all. This magnificent wine comes from one of only six butts which have spent an average of 53 years aging in the bodega La Constancia ant the final selection was made by González Byass oenologist Antonio Flores and Master of Wine Natasha Hughes. A Palma is a particularly fine wine derived from Fino which has outstanding fragrance and delicacy and which is classified from one to four according to its age and complexity. They are rarely seen nowadays, in fact these are the only ones commercially available. 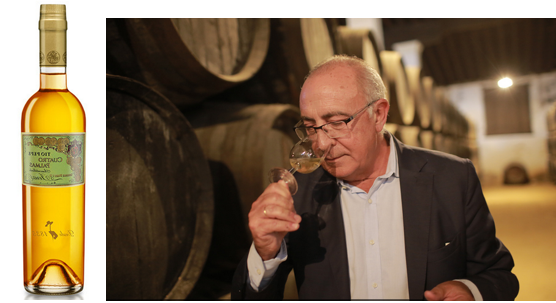