The chef and sommelier of the two Michelin star BonAmb restaurant in Xábia (Alicante) have won the Spanish round of the VIII Copa Jerez and will compete for Spain in Jerez next June against the winners of the rounds in Germany, Belgium, Denmark, the USA, Holland and the UK. Chef Pau García Más and sommelier Enrique García Albelda won a closely fought contest in this prestigious competition to find the best match between food and Sherry, and the standard was so high the judges found their decision very difficult. Their menu is: a starter of pickled olives and tagarninas (golden thistle) with Sanlúcar langoustines served with La Bota de Manzanilla Pasada 83 Bota Punta from Equipo Navazos. The main dish is a twinning of Amontillado and Fondillón (a rare wine from Alicante) accompanied by Amontillado 51/1 VORS from Osborne, and the dessert is salted almond, coconut and soya steeped in Brandy de Jerez and lemon accompanied by Amosroso Medium Dry from Bodegas Maestro Sierra. 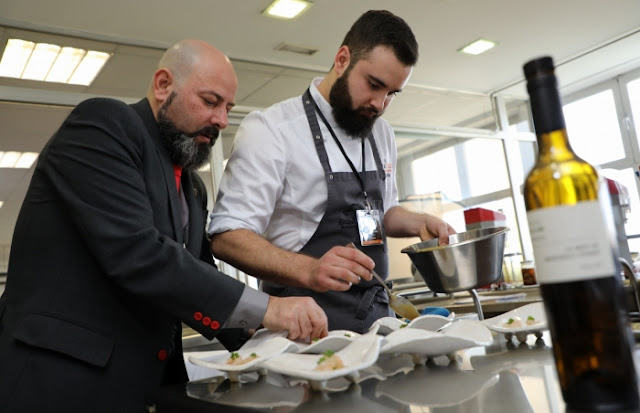 Jerez has its first ever Michelin starred restaurant: LÚ Cocina y Alma at Calle Zaragoza, 2, which amazingly only opened its doors less than a year ago. Many congratulations to chef Juanlu Fernández, a Jerezano through and through who started work at his uncle´s bakery. He went on to work with Ángel León at the three star Aponiente in El Puerto for ten years, and at LÚ he cooks a wide range of dishes using local produce in a fusión of Andalucía with classic French techniques. The kitchen is open to view for diners and there are three menus at 70, 90 and 130 euros along with a good list of Sherries. 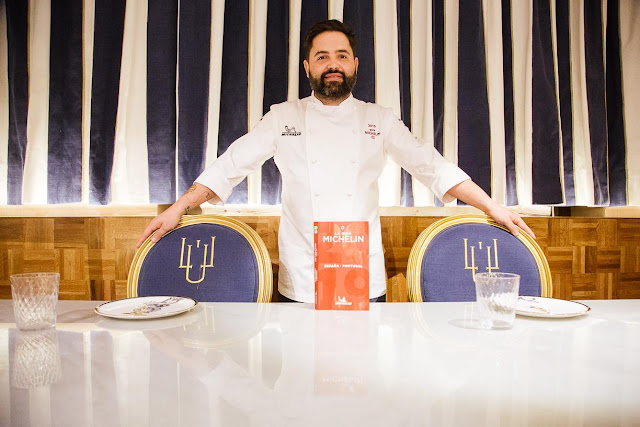