Brexit has been a major worry for the Sherry business and the Consejo Regulador has been very concerned that if Britain leaves the EU without a deal (hard Brexit) there may be no more protection for European wines with a Geographical Indication such as Sherry. A hard Brexit could lead to increased duty and import taxes, customs and exchange costs, not to mention higher costs of logistics. Indeed, just weeks ago UK tax was increased on wine which annoyed producers as there was no increase on the more British products such as beer, cider and spirits. There have even been fears of a revival of “British Sherry”, something unthinkable 51 years after it was banned. Most of these problems would naturally affect all wines destined for the UK but they would hit Sherry particularly hard as it already bears higher taxes than table wines and the UK is its largest export market. 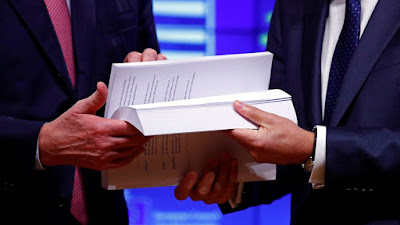 The Prime Minister, Theresa May, and the EU have now thrashed out a 585 page draft agreement in which article 54/2 establishes that wines with a Geographical Indication, Denominacion de Origen or traditional specialities recognised and protected under European law will have the right to the same protection as hitherto. The problem now is that Mrs May will need the agreement of the UK parliament which is by no means guaranteed and the agreement of the 27 remaining EU states. It is a step forward but much uncertainty remains.
Posted by Paula MacLean at 18:15