Now that Vermouth is back in vogue, let’s look back at an old classic from Jerez which would give the modern ones a run for their money. This brainchild of Cayetano del Pino y Vázquez was “Vermouth Champagne Santa Elena”, launched in about 1895 to huge success. 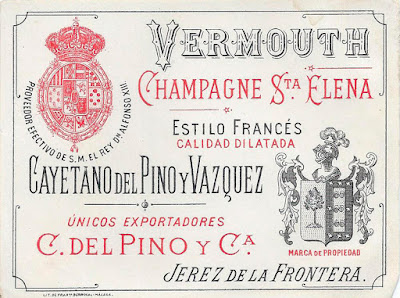 This is how it was so eloquently described in a publication called “Reseña de las Bodegas de Jerez” by R Mena and Nephew in 1900: “Based on Jerez Fino with natural essences and bitters and with a natural, prudent and hygienic alcoholic strength, he created from all these elements a compound capable of competing with the most select known to this day, and while it was appreciated by the palate of the gourmet, medical science recognised it not only for its state of purity but for being a medicament, aperitif and tonic for certain ailments of the stomach and imbalance of the blood.”

Proof of its efficacy came in the form of medical opinion from the most notable doctors in Spain – forty-one of them! Added to this was a letter written to the bodega by the eminent gastronome Don Ángel Muro in 1897 highlighting the goodness in this kind of drink which is composed of over 75% of “fixed substances” and sugars and a strength of 13%, and recommending the product as the best aperitif and blood purifier capable of accompanying a good meal and admirably aiding digestion. 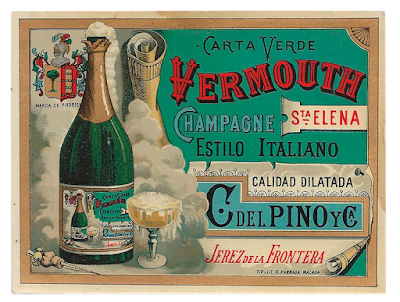 Mena goes on to state his admiration not only for the product but also for Don Cayetano del Pino, “a person who by his talent, hard work, knowledge and honour has placed himself in the front row of the most industrious men of Jerez, and who was awarded the Gold Cross of the Red Cross for the benefits experienced in Red Cross hospitals by anaemic soldiers repatriated from Cuba.”

One of the notable Spanish doctors even recommended the product to King Alfonso XIII and the bodega thus became suppliers to the royal household, the king himself paying a visit in 1897.