Champagne and Sherry are considered as unique wines in the world, capable of awakening passion among conoisseurs. Sanlucar played host recently to the first meeting between bodegueros, enologists and aficionados of both to get to the bottom of the numerous common denominators between the two wines. Some participants are sure that this encounter marks a before and after in the wine trade, a departure point for common projects.


This was an independent event, with no grants or assistance, organised and financed by aficionados and the six participants from Champagne:  Jacques Selosse, Jerome Prevost, Egly Ouriet, Larmandier Bernier, Roger Coulon and Jaquesson, members of Trait d’Union, all protagonists of the revolution in Champagne over the last 30 years. Chief organisers were Anselme Selosse, enologist  of the eponymous firm and Fernando Angulo, a Sherry Educator.

The Andalucian bodegas participating were Valdespino-La Guita, Rey Fernando de Castilla, Williams & Humbert, Barbadillo, Delgado Zuleta and Gonzalez Byass as well as Perez Barquero from Montilla. These bodegas brought their crianza biologica wines, finos and manzanillas, as well as some samples of wines from their most exclusive soleras which are not on the market.

Fernando Angulo pointed out that the two wines have similar sensations on drinking them, a similar aftertaste, characteristic sapidity and depth of flavour as well as a certain butteriness coming from the autolysis in bottle with Champagne, and with Sherry from the long yeast contact – and certain autolysis - during crianza biologica. These are wines which stimulate the appetite, very gastronomic wines.

For the majority of connoisseurs, this takes one back to the soil. Both wines come from similar chalky soils, and it is no accident that two of the world’s great wines come from it. The other principal similarity is the presence of yeast during the wines’ ageing - much more than just during fermentation.

Talk of sparkling wines in Jerez is nothing new. There exist numerous records of sparkling wines made in Jerez by the Champagne method between the XIX century and the 1960s. For example, Champagne Domecq. XIX century newspaper advertisements can be found in, for example the (now defunct) paper El Liberal, and the cellars where Domecq’s product was made still exist. Even now, Barbadillo make a sparkling wine from Palomino and Chardonnay called Beta Brut. 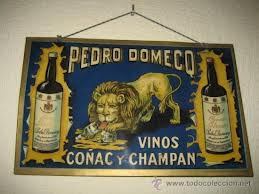 Sherry wines and their production methods have also been present in the history of Champagne.  The first Selosse Champagne, made in the 1960s, used seasoned Sherry butts for ageing the wine. One of the Selosse wines available for tasting in Sanlucar is Substance, which is aged in a solera system.

In the 1970s Champagne suffered a crisis of quality, and the Selosses were protagonists in re-directing attention back to the vineyard, deciding to adopt biodynamic viticulture. They lowered yields, cared for the soil and considered the importance of each individual plot. In 1994 Anselme was recognised as best French enologist in all categories, a unique feat, resulting in it becoming almost impossible to obtain a bottle. 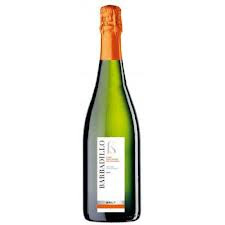 Jerome Prevost only has a single vineyard from which he produces the mythical La Closerie and Facsimile Rose, both from Pinot Meunier grapes, the ugly duckling of Champagne grapes. Egly Ouriet make their wine with long lees ageing of about 72 weeks, giving a Champagne for laying down, one where the yeasts play an important role. Fernando Angulo describes Larmandier Bernier as the most “Sanluqueno” of the Champenois. Their wines are Chardonnays, and have a distinct salty sea air note, reminiscent of manzanilla pasada, as do the Champagnes of Roger Coulon. Lastly, Jacquesson, who are the largest of these producers with around 350,000 bottles, and who produce the most classic style of Champagne presented in Sanlucar.

{Translated from an article by JF Ferrer featured on itastespain.com}

Just a footnote:
I can understand why Larmandier Bernier is the most "Sanluqueno", as his soils were once under the sea; you can see all sorts of marine evidence in them. The entire Champagne region was once under the sea, hence all the chalk.

Just another footnote:
It should be mentioned in connection with Champagne and Sherry that Equipo Navazos are working with Cava producer Sergi Colet to produce Cava using flor yeast, and ultimately from Palomino in Jerez with some oxidative notes.