As with so many lost bodegas the history of this one is a little sketchy, but luckily the family had some information. In fact, José Argudo López de Carrizosa is the current marketing director at González Byass. It began with Sebastián Argudo Guijarro who was born in Jerez in 1837. Around 1868 he married Josefa Flores Guillén (1842-1899), a member of a distinguished local family and they had three children; José (1871-1936?), Joaquín and Rosario. They lived in a very attractive house in Calle Larga, 52 next to what is now Unicaja Bank. This house was refurbished in 1924 and later owned by the bodeguero Aurelio Segovia.

In 1870 Sebastián set up in business in the Sherry trade and three years later had an elegant  new bodega constructed by the architect José Esteve on a piece of land he owned in Calle Circo (numbers 7, 9 and 11) close to the bullring. All that remains now however, are the outer walls, but they have a certain charm with their medallions carved in stone with the initials SA y Hnos which are now very weathered. He owned quite a lot of vineyard in the Bogar, Largalo and Torrox areas. 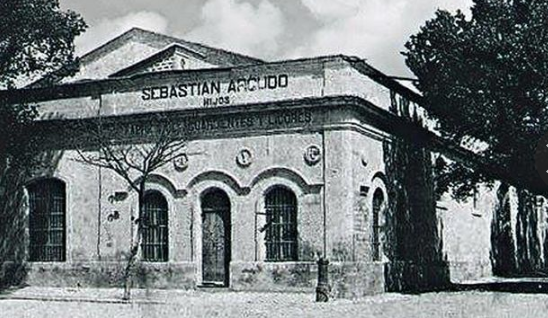 Sebastián’s brother Francisco worked in the business until 1889 along with José and Joaquín who continued it after their father’s death on 27th August 1910. Sebastián had built up a solid and profitable business as a grower, almacenista and exporter and as a distiller of spirits and brandies. He also had a timber and coal business, importing oak from the Baltic among other woods and supplying barrel hoops. His annual brandy production amounted to 1,000 hectolitres and required 50 workers to run the stills and soleras. Most of the brandy was sold in Spain and the Americas. 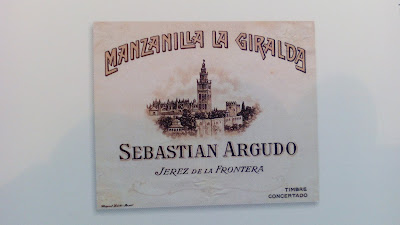 Argudo exhibited at the Bordeaux Exhibition in 1895 where he won a medal for his brandy and the Universal Exhibition in Paris in 1900. His wife’s brother in law, José Soto Nuñez de Villavicencio, ran an important cooperage and bought his raw materials for the making of Sherry butts from Argudo. Many of these were supplied to Palomino & Vergara. During the 1920s the firm was featured in the magazine Blanco y Negro and the newspaper ABC showing its importance at the time. In fact they were suppliers to the royal households of both Spain and Portugal.

Most information from José Luis Jiménez