The Classic Pagos of the Marco de Jerez: Miraflores

This is the largest and most famous pago in Sanlúcar.  According to Manuel Barbadillo, who probably knew more about Sanlúcar and its wine than anybody else, the pago was known as Las Caleras in the XVIII century due to the extraction of lime needed for pottery, and its new name came about as there was later a park in the area. It translates literally as “look at the flowers”. 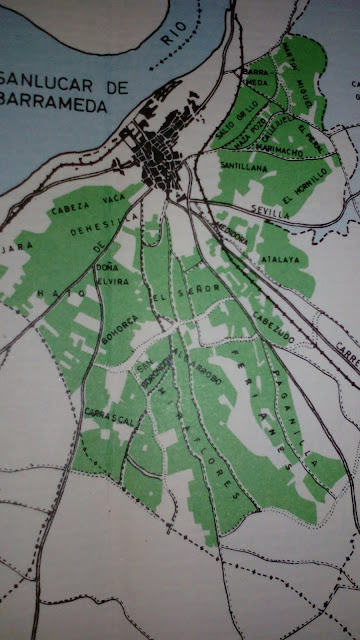 Extending to some 160 hectares of vineyard, it lies just south of the town, far enough from the coastal clay and sand. The pagos Carrascal and Torrebreva lie to the west. Miraflores divides into two parts: the Alta to the east and the Baja to the west. The albariza soils in the Baja which is slightly nearer the coast are predominantly lentejuelas and lustrillos while in the Alta toscas cerradas predominate. As the landscape descends gently towards the sea, the elevation of the vineyards is lower than that of the pagos of Jerez with the highest point only just over 60 metres above sea level. This provides unfettered access for the Atlantic winds which bring humidity and minute amounts of salt, at least to the most coastal areas. 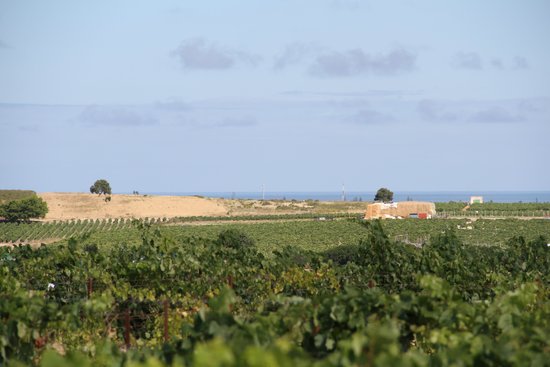 Notable vineyards include: Viña El Agostado, Viña El Armijo (33ha) which belongs to the Florido family and borders Pastrana (14ha) which belongs to Hidalgo La Gitana, and Las Treinta (ex Delgado Zuleta), Miraflores La Alta (ex Rodriguez La-Cave), Campeonísimo (0.47 ha of old vines being the first Miraflores vineyard to be replanted after Phylloxera), Coronado and Confitero (@0.5 ha old vines) supply grapes to Alba Viticultores who also grow their red grapes (Listan Negro) here. Miraflores La Baja belongs to Grupo Estévez and the entrance has 2 gateposts made to resemble La Guita bottles, but as Manzanilla La Guita is a best seller, they need to buy in as well, taking 50-70% of the mosto produced by the Cooperative Covisan, mostly also from Miraflores. They also need mosto for Valdespino´s Manzanilla Deliciosa.